I have been Director of Involve for eight years. It has been an exciting time to be heading up an organisation dedicated to strengthening democracy in the UK. In this time the country has seen two changes in government and political philosophy, the rise of new political forces and disruption to the citizen-state relationship magnified by technology but driven by globalisation’s ongoing impacts. 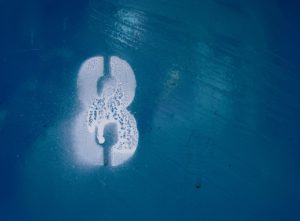 I’m proud of everything Involve has achieved in this time.  We can point to a number of significant impacts, both to the way governments at every level engage with citizens and to the wider debates about the nature of democracy.

However, eight years is a long time to spend guiding an organisation and I have decided, after much thought, that the time has come to change my relationship with Involve. I will therefore be stepping down as Director to take on a new role within the organisation.

It is my great pleasure to announce that Involve’s new Director will be Tim Hughes. His experience of building Involve’s open government programme and delivering engagement across all levels of UK government, as well as his national and international thought leadership on participation and open government, make him ideally placed to lead Involve into its next phase. In addition, having sat on Involve’s management team for the past three years – overseeing many of Involve’s projects and the running of the organisation – Tim could not be better placed to ensure a smooth transition. I look forward very much to watching and supporting the direction in which his considerable vision, commitment and dedication to the issues which Involve champions take the organisation.

As I say above, I will not be leaving Involve. I will remain as Senior Associate, leading an expansion of Involve’s work on science and technology. This Citizens and Science programme will focus on developing more effective ways for citizens to be involved in the development and application of new technological innovations with a particular focus on data and artificial intelligence. There is significant need for work in this area to ensure that technological innovations continue to contribute to the growth of our economy by meeting the real needs, hopes and desires of the public. It is also a field where Involve’s networks and my background and experience can help us to have a positive impact.

I also intend to focus some of my time working more locally on the challenges thrown up by recent political events. As in every community across the UK, the referendum has exposed in my area the huge divide in political perspectives, identity and life chances. My work here will focus on creating new opportunities to develop a shared identity and narrative about our common future.

I’d like to finish by paying tribute to all of my colleagues, our wonderful board of trustees and our associates. Involve is a small organisation and it has had such a significant impact because of their expertise, teamwork and dedication. It has been a privilege to work with them all and I look forward to doing so in my new role long into the future.

Government stores and uses personal data about citizens as part of the way it does its work. Effective use of this data means that government can de…
See More
OpinionSimon Burall

Yesterday the Telegraph published an article claiming that the government has plans to share “details of the financial history, qualifications and…
See More
NewsTim Hughes