Beyond the election: democracy is more than voting 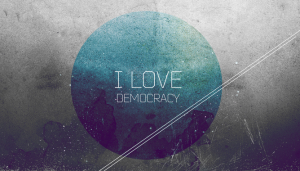 Elections are the lifeblood of democracy. However, in a new Involve thinkpiece due out in the summer I draw on ten years of theory and practice to make the case that anyone serious about strengthening our democracy needs to take a much broader perspective. I argue that focusing on reforming key elements of representative democracy, electoral reform and devolution of power to cities and regional centres, for example won’t solve many of the underlying challenges the country faces. Indeed, such reforms enacted in isolation may even have perverse effects that weaken the control that citizens have over those in power.

The classic view of democracy is that elections make voters’ views and preferences clear, that they result in elected representatives who balance the various preferences and deliver what voters want. Of course, what happens is far more complex.

Voters’ opinions aren’t fully formed and expressed at the point of voting, they develop and evolve in conversations with friends and families, down the pub, through engaging with and arguing about media stories and in multiple other ways. Governments don’t just do what elected MPs and ministers tell them is the will of the voters; they consult with stakeholders, citizens, consumers of public services and adapt policies and services accordingly.

Courts, ombudsmen, whistleblowers, civil society and the media engage in the hand to hand fighting that is required to get information in order to hold the government, MPs and ministers to account for broken promises, bad policy, poor services and abuse of power.

Theorists such as John Dryzek have begun to develop ideas about deliberative democracy systems in response to the rise of transnational decision-making where the role of representative democracy is far weaker.

Involve’s new thinkpiece takes this work and explores the extent to which the democratic systems theories can be applied to other levels of democracy, specifically the UK nationally.

Taking this approach allows a much rounder picture about the types of reforms that will be needed to ensure that citizens play a real part in determining the future of the country. It helps answer questions about how to judge whether devolution proposals will really move power down to the local level, or if the creation of newly elected posts such as super-mayors is just adding the veneer of democracy while covering up major gaps through which genuine voter control slips. Spoiler alert, by the tone of this post you will gather that I don’t think so.

This election looks set to throw-up major questions about the health of our democracy. The media and politicians are likely to argue about the legitimacy of different parties to form coalitions and govern. The election is likely to widen faultlines between the different nations of the Union. The danger is that all the focus of reform is placed on electoral reform and devolution without paying any attention on strengthening the other equally vital components the democratic system. Our new thinkpiece should help to redress the balance.