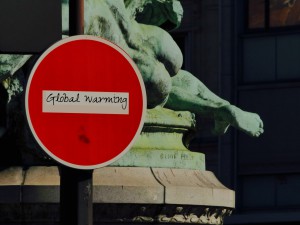 To repeat the obvious, the focus is now on implementation. But by whom, where and how? And to what extent might we even need to change our current democratic system to help make these changes a reality?

Simon Burall’s Involve report Room for a View: Democracy as a Deliberative System  suggests part of the answer. He argues that we need to widen our discussions of democratic reform away from just electoral models and representation, to being “equally concerned with the range of views and narratives present and how they interact”. In other words, we need to look at how far our current political system supports widespread discussions as a way to enhance the health and effectiveness of our democracy.

Unfortunately his review of the current state of the UK’s political system and capacity for deliberation concludes that it is “fragile … [and] in general getting worse”.

This assessment is worrying, not just because any decent democracy needs to hear and incorporate all views and perspectives, but because we also need widespread engagement in finding, negotiating and implementing solutions. In an increasingly complex and fragmented world, we need more debate and discussion as well as more widely distributed, and possibly toughly negotiated action, throughout the economy and society.

Climate change provides a good example of where we constantly come up against the challenges of balancing short-term political and adversarial decision making, as well as multiple interests and viewpoints, with attempts at long-term agreement over goals and the best ways to achieve them.

As a result, many people have argued that if only politicians could agree with each other then more and faster progress would be made. Back in 2006, the All Party Parliamentary Climate Change Group (APPCCG) asked “Is a Cross-Party Consensus on Climate Change Possible – Or Desirable?”. Their generally positive conclusion provided a range of recommendations, mostly unimplemented but probably part of a supportive political environment which led to the 2008 Climate Change Act including the creation of the independent Committee on Climate Change.

Before the 2015 General Election, the then three main parties – Conservative, Liberal Democrat and Labour ? made a cross-party agreement on climate change, initiated by Green Alliance and other stakeholders. They pledged to jointly seek a global climate deal limiting temperature rises to below 2C, a carbon budget in accordance with the Climate Change Act, and a new commitment to accelerate transitions to a competitive energy efficient low carbon economy, while ending coal power generation.

However, cross-party consensus can gloss over necessary debates and differences of opinion on how to implement.

And it also seems as though, this, generally mostly forgotten agreement, resulted in climate change being virtually invisible in the election debates and discussions. Whilst Simon Burall argues in his report that “elections rarely reveal what voters think clearly enough for elected representatives to act on”, he also notes that even in a widely deliberative system, elections can enable a variety of voices and views to be heard and debated very publicly. And in our current political system, any, even if unanimous, avoidance of issues limits their chance of being prioritised and debated.

Widespread public discussion is particularly crucial for any attempt to practically, rather than rhetorically, accelerate “transitions to a competitive energy efficiency low carbon economy” and to meet our COP21 commitments. It is fairly obvious that there will need to be tough negotiations between competing policies, stakeholder interests and joint problem-solving to make this happen at the speed required, and across all necessary areas and sectors. And not just at election time.

We will need to open up and increase our democratic spaces to make systemic and complex change happen in an accountable and relatively linked way. That might be, for example, through creating different kinds of multi-stakeholder partnerships, as well as new public spaces at different spatial and sectoral levels. It’s time, not only to refocus the lens of democratic reform on recognising and incorporating diverse views, but also to consider how to bring these together wherever and whenever needed to work out (or indeed sometimes thrash out) how best to tackle some of the most important and long-term challenges we face.