Down with economists! Citizens don’t need you!

I spoke at the launch of the RSA’s Citizens’ Economic Council on Wednesday. The topic of the debate was ‘Can Citizens be Economists?’ The context for the launch was obviously the debate leading up to the referendum last week, the challenge to the role of experts, most infamously by Michael Gove, and the challenge from all sides about the statistics used to bolster both the campaigns.

This post pulls together what I said in blog form. However, there were some great speakers and it is worth watching in full. 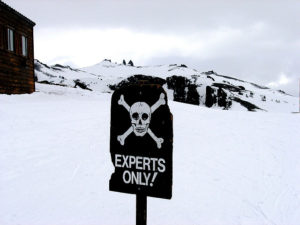 It’s important to note that all of the economists in the audience tonight are also citizens. So of course citizens can be economists.

This may be a somewhat facile point to make, but it illuminates a deeper truth that challenges the basis of the question; can citizens be economists? Well, it’s patronising to think otherwise. The question is whether citizens need to be economists to take part in debates about the future of the economy?

My short answer to this is no, citizens don’t need to be economists. I must be clear at this point. I’m not saying that economists aren’t needed. This is not some post-enlightenment, anti-expert manifesto. However, what I do think we need to see is economists and all experts taking their rightful place in debates.

So why don’t citizens need to be economists? To pick three reasons:

So, what role does that leave for technical experts in economic debates?

None of what I have said implies that experts should retreat to their ivory towers and butt out of public life. In fact, quite the opposite, their role is critical. There is a real world out there, a physical and social reality that conforms to rules that are, in principle, known or knowable: gravity is a fact; it isn’t possible to make energy out of nothing; and economic incentives will trump idealistic models of production, for example.

Technical experts provide hard boundaries for economic debates. They help to restrict the choices that we have. However, as I say above, their expertise can say nothing about trade-offs that should be made within a given set of choices.

All too often technical experts don’t appear to understand the scope of their role when acting as ‘the expert’. Instead what often happens they move between two completely legitimate roles, as:

So, I think this means that experts must:

It may seem perverse, but it is only by properly restricting the role they have to play in public debate that technical experts can hope to be taken more seriously by politicians, the media, and most importantly of all citizens.

*of course, just as technical expertise can be influenced by implicit assumptions, partial perspectives and bias, so too can citizens’ expertise about their own communities. This does not invalidate either form of expertise in principle, it just requires all actors to do their best to acknowledge their assumptions and biases.