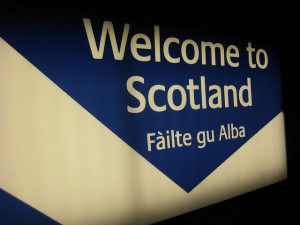 If the Scottish referendum didn’t resolve the independence debate, it did at least discredit the assumption that people are apathetic. Not surprisingly, this “democratic awakening” has caught the imagination of politicians, commentators and civil society alike. Not least us.

It is with great excitement, therefore, that Involve is establishing a permanent presence in Scotland, opening a Scottish office.

Our work with government and civil society in Scotland in recent years – from discussing Scotland’s contribution to open government, to supporting the Fairer Scotland conversation – has given Involve an appreciation of the ambition for deeper democratic engagement emerging across the Scottish social and political landscape.

The increased public appetite for participation sparked by the independence referendum has coincided with policy statements from the Government declaring a passion for democratic engagement as one of their underpinning values. This suggests there is a significant culture change brewing in regard to how things are being done in Scotland, and makes this an ideal time for Involve to invest in establishing an ongoing presence for the organisation in Scotland.

On 1 September 2015 A Stronger Scotland, the Government’s Programme for Scotland was published, setting out the Government’s key goals for the coming year. It includes a commitment from First Minister Nicola Sturgeon to ‘lead the most accessible Government this country has ever had… ensure that we build on the sense of engagement and enthusiasm that we saw – from both sides of the debate – during last year’s referendum… [and] help people to have a bigger say in the decisions that affect them most.’

Recent legislative and policy making activity across Scotland further confirms that it is not just empty rhetoric on the part of Government, but something they intend to deliver in practice; with one of the most obvious examples being the passing of the Community Empowerment (Scotland) Act in July 2015. Alongside provisions strengthening the duties placed on service providers to engage meaningfully with the public, a fundamental element of this Act is that it also gives communities new rights in relation to taking control of community assets, demanding involvement in decision making and setting the agenda about how their needs are understood. Thus, while by no means perfect and still to be tested in implementation, the Act allows citizens and communities to drive how they want to be involved, rather than waiting to be asked to participate.

This shift in position is even clearer, when viewed alongside other recent policy and legislative developments, including:

Collectively these initiatives are all contributing to a context of unprecedented opportunity for positioning public participation at the heart of the way the business of policy and decision making is done in Scotland.

With an ongoing presence in Scotland, Involve now hopes to be able to play an even more active role in developing, designing and facilitating high quality participation processes, helping Scotland to capitalise on its existing momentum, and firmly embed effective, efficient and meaningful public participation into mainstream policy and decision making.

We are very excited to be joined by Kaela Scott, who will be leading our work in Scotland, bringing with her over a decade’s worth of experience of involving communities in local government in Scotland.  Kaela will post shortly about her hopes and plans for how Involve will contribute to deepening democracy in Scotland.  Please do get in touch with her (kaela@involve.org.uk) or me (simon@involve.org.uk), if you’re interested in discussing.