Lets get more passionate about nuclear power, roads and airports! 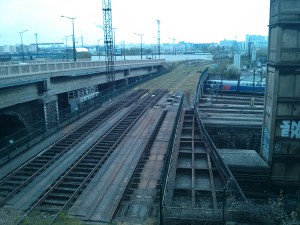 On Monday George Osborne announced that the Government will establish a National Infrastructure Commission. Sticking very much to its preference of personality politics over substance, most of the media coverage has focused on his choice of Labour Peer Lord Adonis as the Chair of the Commission and the snub this implies to Jeremy Corbyn.

However, party and personality politics are a distraction. The UK’s national infrastructure planning system is in chaos. Labour’s Armitt review, which also proposed a National Infrastructure Commission, makes it clear the negative impact that this is having on the UK:

And this list is just a small sample of the infrastructure challenges mired in political controversy. HS2, fracking, multiple wind farms and the siting of nuclear waste are all other examples of significant infrastructure projects which are the focus of energetic and highly visible public campaigns and stuck in never ending rounds of announcement, consultation, protest, further announcement without real certainty about what the decision is.

There is as yet very little detail about exact how the new Commission will help to unlock the problems these types of projects face. The Armitt review (p4) proposes that such a Commission should:

“consider a wide range of projections such as economic growth forecasts, population trends and technological changes. It would also take account of environmental issues and obligations and the regulatory requirements of each sector. In so doing, the Commission would engage widely with outside experts, including infrastructure providers, Non Governmental Organisations, Local Government, investors and regulators. Its National Infrastructure Assessment would also be subject to a formal consultation process before it could be finalised.”

The Chancellor appeared to back up this technocratic vision for solving the infrastructure challenges the UK faces when he said in his announcement, “The Commission will calmly and dispassionately assess the future infrastructure needs of the country.”

However, as the protestors against fracking in Balcombe, and up-and-down the proposed route of HS2 demonstrate, it’s not possible to remove passion from the decisions about whether and where to build more infrastructure of any kind. The visions of the future held by communities affected by big infrastructure projects (of a quiet undisturbed night away from flight paths, for example), can be at complete odds with the visions of a prosperous country held by our politicians and the public at large.

Indeed, these visions will conflict within communities and even individuals. There are never any single, ‘correct’ decisions in relation to national infrastructure, just a series of difficult choices where some communities win, some lose, and some both win and lose.

This means that the new Commission must engage stakeholders and the wider public in a much deeper dialogue about the contribution that national infrastructure projects can make to our various competing visions of the future. This will require substantial engagement, far beyond the usual experts and special interest groups. The prize is a better-informed public debate that builds a shared understanding of the trade-offs we are making as a nation when we decide between different infrastructure options for dealing with the challenges we face.

Such reports will cut no mustard with communities affected by specific projects, or stakeholders against certain types of infrastructure. They will not solve the UK’s infrastructure crisis.

If, however, the Commission builds this passion and the public into its very DNA, then it stands a much better chance of unlocking the infrastructure puzzle that has remained unsolved for decades.