A period in public 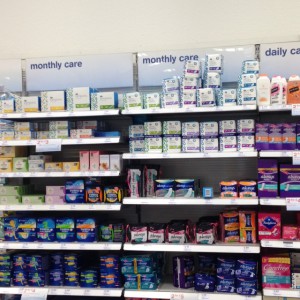 One of the striking parliamentary debates of the last few weeks was about the charging of VAT on tampons and sanitary towels as ‘luxury products’. It sparked a pointed twitter stream highlighting how ludicrous this is.

The reason that VAT is charged on what are clearly essential items goes back to the very early 1970s when the UK negotiated entry to the European Economic Community. The luxury tag is hard wired into our relationship with the EU and will be very difficult to change now.

But even forty years ago women were having regular periods. How on earth were tampons and sanitary towels classified as if they were optional in the first place? I think the reason is clear, the implications salutary and as important today as they were when this decision was taken back when I was just a baby.

Involve’s latest report, Room for a View, describes our democracy as a deliberative system consisting of seven interacting components. The deliberative systems approach looks way beyond the presence or absence of elections as an indicator of democratic health. It focuses instead on the ‘deliberative capacity’ of the system, that is the extent to which a wide range of different views, perspectives and narratives are present and interacting within each component, and in the system as a whole.

Back in the first parliament of the 1970s, and indeed up until the 1992 election, there were fewer than 30 female MPs in Parliament. The gender gap in Parliament in the 1970s mirrored the gap in wider society; there were few women represented in leadership positions across the board, in media or in public life at all.

Within the deliberative systems there are three arenas for debate:

During the recent debate about the luxury tax, Stella Creasy challenged Bill Cash to say the words ‘tampon’ and ‘sanitary towel’. This says it all. While Bill Cash wasn’t an MP back in 1970, he did arrive in Parliament in 1983 when there were only 23 women MPs in Parliament.

Obviously its funny that, at the beginning of the third millennium, a male MP can’t bring himself to talk about a subject that affects half of the country’s inhabitants once a month. However, it exposes an important truth. Back in the 1970s women were largely confined to the private space. Their views, perspectives and narratives rarely made it into the Public or Empowered Spaces. It’s no wonder that products they use on a monthly basis weren’t considered essential items while razors escaped the luxury tag.

It’s taken over forty years for this issue to make it fully into the public space and to be debated properly inside and outside Parliament. The current Parliament might be better (it’s all relative of course) in terms of gender representation, but overall it is still largely unrepresentative of the UK’s diverse communities.

This should bring us up short. What critical views, perspectives and narratives are missing as the Public and Empowered spaces debate education, health, employment law, our relationship with Europe and devolution etc? How much will this cost the people affected, in terms of money, way of life and dignity?