Our democracy is a complex system of institutions making decisions that affect the lives of citizens in obvious and less obvious ways. It consists of institutions at every level, from the very local parish council, through local authorities, the network of organisations delivering services, Parliament and the Government in Whitehall, all the way through to regional and global organisations including the Bank for International Settlements, the WTO and UN, for example. 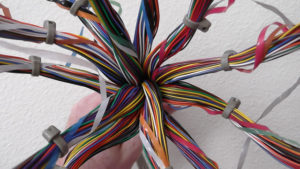 The system which makes decisions about our lives is, as I say, complex; fiendishly complex.

Last year we published Room for a View. This was my attempt to take recent theoretical developments in deliberative systems thinking and apply it to the UK. We’re now starting to use the system description, and its seven components, to identify where our interventions might have the most chance of increasing democracy, defined in the pamphlet as deliberative capacity.

However, herein lies our challenge. It’s well known that small changes in complex systems can have multiple unintended consequences due to positive and negative feedback loops, for example. Increasing citizen control in one part of the system may well decrease it elsewhere, or lead to worse outcomes in terms of health, education, or trust in the system overall, for example.

To be honest, we’re struggling to make sense of what we know and then develop a model that gives us some confidence that we can even hypothesise about the impact our work at different points in the system is likely to have.

That’s why I’m incredibly excited to be heading to Vancouver to an academic and practitioner retreat called “Citizen Involvement and Systems Change.” We’re going to be exploring many of my biggest unanswered questions and my intention over the next week is to write a blog post at the end of every day drawing out my learning and highlighting any lightbulb moments.

On one level this feels like an incredible indulgence. I’m dropping all the pressing issues in the organisation and focusing on the very big picture.

At the same time, looking at the most recent political developments, particularly with Theresa May’s recent announcement of the date on which Article 50 will be triggered to start the process of Brexit, it seems to be exactly the right time.

Shifting power from one set of institutions designed in the post-war period, back to a set of institutions whose design began 800 years ago cannot hope to give real control back to the citizens of the UK if done in isolation. Our work demonstrates that this can only happen if we can redesign those institutions to bring citizens right to the heart of them.

A small organisation like Involve can’t (and definitely shouldn’t try to) redesign a whole democratic system. Our role must be to design and test, with many other partners, interventions which bring citizens into the heart of decision making and increase well-being, particularly in the most marginalised communities in the country.

Paradoxically, the best way to think about how to do that may well be to retreat for a short while.