What jury service taught me about public engagement 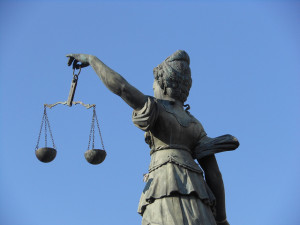 I’ve been a juror on a crown court case for the last two and a half weeks. The case is over and I want to reflect on whether my experience as a juror has taught me anything that might improve the contribution of participants in deliberative public engagement processes that we run.

This post ended up being very long, so I’ve split it into three separate posts that explore:

For very obvious reasons I won’t say anything about the jury’s deliberations and am steering clear of any detail about the case; I want to focus on observations of a more general nature about being a juror.

Being called for jury service feels like a big thing; it is a big thing. It begins with an official letter that includes a relatively large amount of information and lots of rules about what you can and can’t do as a juror. Overall it’s made quite clear that this is an important civic duty and some fairly significant penalties can be imposed on jurors who don’t turn up, or break the rules.

Anyone with a TV has seen multiple courtroom scenes and dramas. They have a general sense of how a court works. However, the actual environment, layout, rules, regulations and what goes on in a court feels strange; I’ve experienced nothing like it in my professional or personal life.

Courthouses, and courts themselves, are specifically designed to perform a very particular function and keep the people playing different roles apart. Jurors have their own room away from everyone else; they don’t see anyone except the usher once they are in the room until they are in court. Their seclusion is deliberate and designed to protect the integrity of the court, the case and indeed their own contribution to the process.

Apart from the fact that courtrooms feel so alien (or even alienating), there were a couple of specific things that happened at the start of our trial that really struck me.

First, we weren’t at any point introduced to the judge, or either the defence or prosecution barristers. We therefore didn’t know their names on the first day and had to ask an usher outside the court. It’s a small thing that made no difference to the outcome of the trial, but it’s also a very human thing and created a (what I felt was an unnecessary) barrier between the jury and the key players in the trial.

Second, we were never told how a trial really works in terms of the sequence of events. The jury speculated, at some length during breaks in the jury room, about what the next stage of the trial would be, how long it would take and so on. Not knowing was unsettling.

Finally, we were told we could write a note at any point to give to the judge if we had a question. However, I was never clear who we should try to catch the eye of, when it was appropriate to raise the question and exactly how to do it. As it turned out this wasn’t an issue, but at the start of the trial it was another element that prevented me from ever feeling fully comfortable in the role.

My overwhelming impression was one of constantly feeling on the back-foot. Whether this is deliberate in order to make sure that we did exactly what was expected, or an unintended consequence of the rules of procedure designed to uphold the integrity of trials, I don’t know. However, I clearly wasn’t alone in feeling this as the jury had a number of discussions in the jury room about what exactly was and wasn’t allowed, and what was going to happen next.

This of course is quite the opposite to the types of processes we design and run. We try to create an atmosphere where all participants have some measure of control, feel confident and able to ask questions about both content and process, and are able to influence (and sometimes lead) what we are doing and how we do it.

And yet, we almost always involve citizens in processes that have the potential to have quite significant impact on government policy, we emphasise this and the importance of the role that participants are playing.

We are also, despite all of our intentions to be open and welcoming, throwing most participants into a relatively alien environment. After my recent experiences I’m going to try to find ways to make sure that I understand if participants are feeling on the back-foot in the way I did, or if they feel clear what is going to happen next and why, and crucially, what their role is.