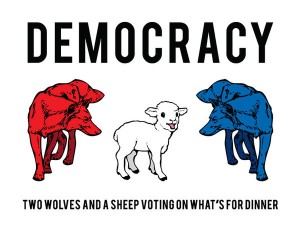 I’m on a fortnight’s writing retreat to read up on democratic theory and reflect on our work of the past 6 years. My conviction that fixating on voting reform (while important) won’t miraculously lead to meaningful democratic reform has been reinforced.

Involve’s work is based on both the theory and practice of public engagement. This is important because our system of government and democracy is complex and interconnected. Diving in to engage the public on an important issue will give us (and government) the feeling of ‘doing something’. However, unless we properly understand what we are doing and why we are doing it, we can have far less confidence that we will have a positive impact.

It’s one reason why we’ve got a team with wide experience, skills and knowledge able to draw on both theory and practice to try to make our work as effective as possible.

I’ve been in my role as Director now for more than six years, and as is inevitable with such a role it’s nearly impossible to find quality time to think. Thinking comes at the margins, on the train, the walk to work, in ideas sparked while grabbing a short time to read. That’s why I’m feeling very privileged to have got two weeks to sit in the Centre for the Study of Democracy at Westminster University, read up on the theory of democratic reform, and of deliberative and participatory democracy. I’m just under a week in and I’ve found the experience incredibly helpful. It’s done two things for me:

Firstly, I can see echoes of our work across the literature I’ve read. This feels right; while we consider ourselves democratic innovators we don’t want to diverge too far either from what is politically possible (where I spend much of my day job), or from what appears theoretically sensible.

Secondly, in seeing echoes of our work in the literature I have had the time and space to reflect on what we are doing, where we could be stronger, and where we can be proud.

There is lots I could digest from my reading, but I just want to pick-up on one aspect which is how spaces of participation fit into the wider system of democracy.

The election we’re in the middle of demonstrates quite how important this is to think through and understand. To read any of the party manifestos you could be mistaken for believing that there will be a simple line of causality between the votes cast on 8th May and lots of ‘good things’ happening; that we elect our MPs to form a government that ‘leads’, pulls legislative levers and makes things happen.

This obviously isn’t true, our country is governed and services delivered by a network of organisations very few of which are under the direct control of MPs. Our work on NHS Citizen demonstrates just how complex the system is; there is barely an elected politician in sight.

Recognising this highlights flaws in some of the claims about representative democracy. Specifically it gives lie to the claim that our democracy works through the aggregation of individual preferences expressed through voting.

Theories about deliberative democracy arose from recognising this flaw and claim that democracy must include discussion on an equal and inclusive basis. But in order for this discussion to have an effect on decisions it must connect to them.

Deliberative democracy theorist John Dryzek identifies seven different components which are required to make a democratic system deliberative. Each of the components needs to be present in a governance system to make the system as a whole democratic. However, individually they can be more or less deliberative without necessarily affecting the overall democratic nature of the system.

His seven components of a deliberative democratic system are:

As I read this list of components I felt all the aspects of our work lock more firmly into place; the list helped me confirm that we’re on the right lines.

For many people who know us I suspect that they will think of us primarily in terms of the work we do to set-up and run what Dryzek calls public spaces (whether through supporting their commissioning through Sciencewise or delivering as in much of our work).

However, most of our concerns are actually around the final four bullets in Dryzek’s list of components. Which leads us to ask questions such as:

I must confess that I started this fortnight with some trepidation; it’s a long time since I darkened the doors of academia and my background is as a scientist rather than as a social scientist; would I drown in gobbledegook? However, so far its been immensely rewarding and given me increased confidence that the work we are doing with our partners inside and outside government is broadly on the right track, heading in a direction that has some chance of giving citizens voice and influence in the system more often than voting once every five years.

* Summarised in Owen, D. and Smith, G. (2015) Survey Article: Deliberation, Democracy, and the Systemic Turn, The Journal of Political Philosophy