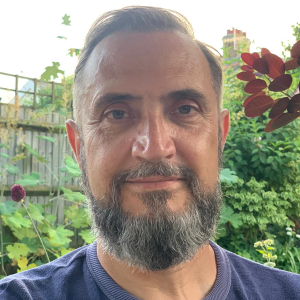 Gary Austin is a Certified Professional Facilitator | Master (CPF | M) under the International Association of Facilitators globally recognised certification scheme, and a fellow of the RSA.

He has designed, prepared for and facilitated thousands of workshops in the Private, Public and Third sectors and facilitated workshops across many different industries and organisations both in-person and online. Gary has also designed and facilitated team and leadership development workshops based around the Lumina Learning, Lumina Spark personality profiling tool(s) in both the private and public sectors.

Gary has been heavily involved with the International Association of Facilitators (IAF) since 1995, including as Chair of the Association.  He worked as part of a small team that developed core facilitation competencies and a facilitator certification scheme now adopted as the IAF Global Facilitator Certification Programme. He continues to hold a board director role on the IAF Global Board as well as being part of the IAF England & Wales leadership team.

He is a member of Global Facilitators Serving Communities (GFSC) a not-for-profit organisation, both as a facilitator but also on the organisation’s Advisory Board. This organisation trains and develops local facilitators to design and facilitate workshops helping local communities around the world, including post-disaster workshops (e.g. hurricane, earthquake, Tsunami) to help communities redevelop and rebuild their local environments.

Gary has worked in the UK, Europe, Middle East, North America, Canada, South Africa, Asia and Australia. He founded his own facilitation consultancy in 1999, and previously ran a team of facilitators for the NatWest Group.