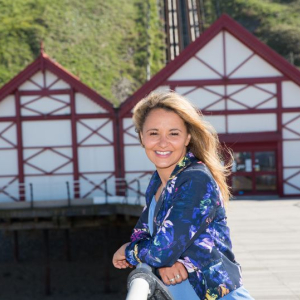 Jessie Joe Jacobs is Coordinator of the Democracy Network.

The aim of The Democracy Network is to strengthen the collective power, influence and voice of those that care about democracy, encourage collaboration, and ultimately work towards a society where power is more equally shared.

Jessie started her career as founder and then CEO of A Way Out, an award winning women and young people’s charity. She went on to work as a senior researcher for a Member of Parliament, covering issues such as welfare reform, the charity sector, local government cuts, place regeneration and housing.

Her other roles have included regional director for Britain Stronger In Europe, campaigns officer for the TUC - developing and supporting campaigns around local government cuts, regional industrial strategy, school cuts and joining a trade union.  More recently she was director of the Northern Inclusion Consortium, a consortium of four major Northern charities working to deliver joint services and influence change within the mental health, housing and addictions sector. She also stood in a regional metro mayoral election.

In her spare time she surfs, writes, walks and enjoys the outdoors.

£20 million, 3 million children fed and a movement started… with just one tweet?

On 19 March this year, a day after it was announced that schools would be closing across the UK, Marcus Rash…
Learn More
See All