Can citizens participate at the heart of NHS decision-making?

Despite its high public profile, the NHS is very closed to direct citizen influence. NHS Citizen was an experiment in democracy, to create a space for citizen voice at the heart of NHS decision-making.

There are times, very rare times, where a part of government decides that it needs to develop a new structure to give citizens more power to hold it to account. When this happens, a large consultancy or the politically orientated flavour of the month thinktank is usually sent away to work in a darkened room. They then emerge six months later with a shiny new organisational structure that they guarantee will change the balance of power. Only it doesn’t. Either it doesn’t work, or it doesn’t do so in a way that more than a few dozen people outside government have heard about and so changes nothing for most citizens. NHS Citizen was an attempt to do this differently. The aim was to design a model and process for citizens to participate in decisions taken by the most senior body of the NHS in England: The Board of NHS England. Very importantly, we wanted the design process itself to be as open and participative as we could make it. We also needed it to be agile and iterative in nature, able to quickly adapt the model in response to the open design process. We also wanted to publicly test aspects of the model as they were developed, and so improve the design. These principles — open, participative, agile, iterative, tested — informed the shape of the NHS Citizen programme, which ran from 2013 to 2016.

The NHS Citizen programme was commissioned by the Board of NHS England in 2013. It was led by Involve, and was a collaboration between Involve, The Democratic Society, The Tavistock Institute and Public-i. The design of NHS Citizen developed over the next three years, with the help of hundreds of people from a variety of backgrounds and interests in healthcare, through a series of workshops held across England. Many of the design events were webcast. The NHS Citizen website provided online access to the emerging model, the webcast archive, and the design blog posts.

An initial test Assembly was run in September 2014. A full Assembly was held on 25 November 2015, where over 250 members of the public discussed five healthcare issues with the NHS England Board and senior NHS England leaders. The five issues were:

The Assembly started and ended with plenary sessions, but at its heart were extended, facilitated, deliberative workshops — one on each of the five issues — where participants discussed the current situation, mapped what ‘better’ would look like in 2020, and suggested what needed to happen to get there. People also joined in online via social media and the live webcasts. Board members and senior staff from NHS England joined the workshop discussions and committed to act on what they had heard. In the final plenary, Malcolm Grant, Chair of the NHS England Board, said: “what today has done for the Board is to bring us, with you, face-to-face with the lived experience of the NHS”.

The design phase of the NHS Citizen programme ended in 2016. Details of the model, the research and learning, and the full history of the design process can all be found on the NHS Citizen webpages held in the National Archives. You can also read Involve’s series of blog posts by searching for NHS Citizen on our website.

You can find the final evaluation report here.

An academic review of the process was published in 2019 which critically assesses the methodology and is a useful indepth review of how successful this project was.

The programme was funded by NHS England. Our project partners were The Democratic Society, The Tavistock Institute and Public-i. And of course, the hundreds of people within and outside of the NHS who played a crucial part in designing and testing NHS Citizen.

For more information on the Citizens' Jury method click here. 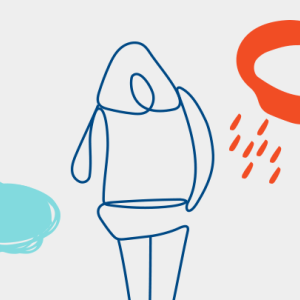 Citizen engagement and the NHS: time to move from many deliberative forums to one deliberative system? NHS Citizen could be the answer.