After the vote was over…

Like many people, I am spending today digesting the general election result. I am particularly interested in its implications and lessons for the health of UK democracy.

Whilst it is still too early to say much that is concrete, my initial thoughts are beginning to coalesce around a few key areas.

Firstly, talk of federalism and further devolution demonstrates very clearly the limits of voting at elections. The Conservatives are one of the few parties who have not backed a constitutional convention. In the coming days, weeks and months the UK could therefore be fundamentally restructured without any public involvement. Indeed, Andrew Marr is already predicting an announcement next week on significant extra powers for Scotland. And Boris Johnson is pondering regional assemblies. 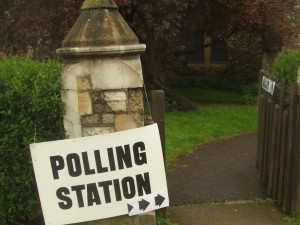 But when did the public say that’s what we wanted? Voting at general elections tells us very little about the public’s views on individual issues. The mandate they provide for policies on areas like constitutional reform (not usually at the forefront of voters’ minds) is particularly questionable. Further devolution to the UK’s nations and regions will have huge impacts on how we are governed and public services. In a democracy the public should have a clear say in the future of our country.

Politicians are also poor at designing constitutional reforms that the public actually want. Note the dismal failure of plans for regional assemblies, ultra low engagement in Police and Crime Commissioner elections, and widespread rejection of elected mayors. Instead of wasting public money on introducing and maintaining new structures we do not want, why not ask the public how and if we would like politics to change.

My second observation is that turnout overall seems unlikely to have drastically improved on 2010 levels (which were widely considered worrying). This is impossible to be sure about until voter registration figures are confirmed. That said, turnout is clearly nowhere near the dizzy heights of 84.5% achieved by Scotland’s Independence referendum. And given the closeness of this election, many pollsters were predicting it would rise significantly. It remains to be seen whether big differentials in turnout between age and income groups have recurred.

I am also interested in how turnout in Scotland compares to the rest of the UK. Currently Scottish turnout is reported as about 4% higher than the UK average, but again this is without considering how many people registered. The final figures should shed light on any ongoing impact from the Independence Referendum, and potentially also the influence of greater party choice.

What is already certain in relation to turnout is that a large percentage of the UK population did not vote. The implications of this for our democracy are as concerning as ever.

Finally, today’s result has already led to renewed calls for electoral reform. The Electoral Reform Society’s analysis documents just how disproportional the 2015 outcome really is. It notes for example, that UKIP and the Greens received 5 million votes, but won just two seats. In contrast, 1.3 million votes for the SNP left it with a record-breaking 56 MPs. The system needs to change.

All this leaves me with a number of questions:

As the dust settles on the UK general election 2015, these are three questions that merit further work.