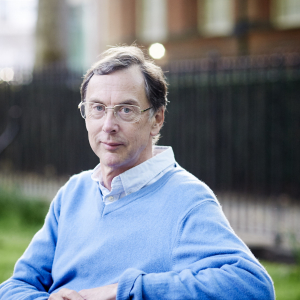 As the scientific community reels from the referendum result and its possible consequences, it may seem strange to focus on public involvement, which is so often an afterthought in science policy circles. Yet if there is one lesson from last Thursday, it is that those whose voices are not normally heard have been heard loud and clear. Michael Gove’s words, the country ‘has had enough of experts’ may be chilling, but to whom have the experts been listening?

On the whole, I doubt they’ve been listening to large numbers of the people who voted Leave. Or indeed to those who didn’t vote at all; which is a massive figure. Public involvement of those who do not engage in the Westminster-oriented political and governance processes of Research Councils, Learned Societies and the like is very difficult. To be fair to several governments, the Sciencewise programme (of which, declaring a past interest, I was recently Executive Chair) has attempted to involve diverse groups of citizens in discussing substantive issues in controversial policy involving science and technology. And there have been specific attempts to involve communities that would not normally engage, including the early Sciencewise-supported Community X-change project (though that is 6 years ago). There are many individual initiatives, often with the active involvement of a local university; such as projects on old age and loneliness with the University of Bristol at the Southville Centre.

But this work is patchy, none of these initiatives is truly systemic, and we are currently waiting to hear how Sciencewise will be re-formulated and tendered. Who, in a leadership role in the scientific community, is prepared to stand up and say that the present way of doing things is not fit for purpose? How can ‘experts’ genuinely reconnect (or connect for the first time) with the multitudes who seemingly reject expertise? The governance structures of the Research Councils, Innovate UK, Wellcome Trust, Royal Society and many others do not give one great optimism, as I have described elsewhere. The recent Nurse Review almost entirely ignored the issue, which stimulated a slight rant from me.

What would a research and innovation system look like that did genuinely engage and involve wider perspectives, that shared the definition of problems and the prioritising of proposed solutions? I expect we would find a greater emphasis on social and political challenges, not technological ones, but still an excitement about the possibilities of new technologies; there remains a great underswell of interest in science. I think the balance and emphasis of research and innovation would change, and that the social sciences, arts and humanities would need to play a stronger role. Does anyone else share that sort of scenario for post-Brexit science and innovation? That really would put Britain in a leadership role.