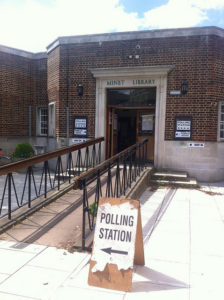 The turnout statistics from ‘Super Thursday’ make dismal reading. Whilst turnout in Scotland and Northern Ireland crept above 50%, elsewhere it laboured below – and in some cases well below – halfway.  The fact that the figures for Scotland and Wales are the second highest since devolution began is hardly a cause for celebration. And no doubt more detailed analysis will also reveal that some people – for example, the wealthier and older – were more likely to vote than others.

Amongst the lists of gloomy statistics, what particularly caught my eye was the percentage of voters who took part in the four mayoral contests – London (45.3%), Bristol (44.9%), Liverpool (30.9%), Salford (30%). Not great. But what should be done about it? What could a newly elected mayor do to boost and equalise electoral participation in their area?

Some campaigners and commentators would suggest changes focussed on electoral procedures. Debates about online voting, automatic voter registration, polling station opening hours and so on feature here. Other analysts would point to a need for more charismatic candidates and the beneficial effect of tightly fought contests.

Some of these ideas might well make a small difference – and some of them, particularly around voter registration should have been implemented long ago. But as a set of solutions, they seem to me to be focussed in the wrong place. If people are not voting because they don’t believe it makes a difference, because they don’t trust politicians, or because the world of politics feels remote from their lives, then making voting more convenient is not going to result in many more people rushing to the ballot box.

Instead, the new mayors could take a three-step approach to raising turnout:

A project structured around these three steps would, in my view, have the potential to transform electoral participation in local areas. It could also serve as a model for other parts of the UK – and even further afield. I hope at least one of the new mayors will make it happen.