Creating the digital democracy we want to see 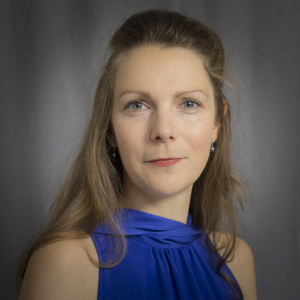 Democracy is under threat. This assertion is far from new, but in recent years increased attention has come to be paid to the threat that digital technology, and specifically social media companies, pose to democracy.

As the report published by the House of Lords Democracy and Digital Technology Committee1 made clear, digital platforms have ‘operated outside the rules that govern electoral politics’ and as a result, there is a pandemic of misinformation and concerning practices online.

The report sets out to redress the balance, arguing that ‘Technology is not a force of nature’ and that ‘Online platforms are not inherently ungovernable’, yet in making recommendations for what needs to change the report doesn’t just offer policy recommendations, it also offers a vision of how society should operate.

The beauty and pitfalls of the idea of democracy is that it is at once extremely appealing, but also very vague. Whilst many citizens and political leaders sign up to this idea, it’s far from clear that we possess a uniform understanding of what this notion means. Whilst we tend to think of ‘free and fair elections’ and the existence of certain fundamental rights, it's often underspecified which ideals and practices we believe are important.

This ambiguity is significant as there are a range of different ways in which democracy can operate, and a range of alternative practices we may want to promote. Whilst those committed to participatory democratic systems may, therefore, want to see opportunities for activism and an engaged citizenry, people attached to more representative ideas may simply want to see citizens provided with information to make a political choice.

A key contribution of the report published by the House of Lords Committee is that it openly discusses the importance of defining and defending what we mean by this idea. As the opening of the report argues:

Democracy is an enduring feature of British society, but it can be eroded unless it is upheld and protected by citizens, civil society, companies and elected representatives. It is vital for us to continually invest time and focus in defining and protecting democratic ideals. We must resist the emergence of undemocratic practices and institutions and strengthen public trust and confidence in democratic processes.

Making this point, it sets out to define what is meant by democracy, outlining that ‘For our democracy to flourish, we need informed citizens, accountability, transparency, inclusive public debate, free and fair elections, and an active citizenry’. Presenting a chapter on each of these ideas, the report considers how digital technology is affecting each principle and sets out to prescribe interventions to promote these goals.

In the chapter on an informed citizenry, the report, therefore, presents proposals designed to ensure that citizens are well informed by tackling misinformation and boosting the reach of good information. This leads the report to discuss the role of fact-checkers, how our public institutions can better inform the public and the importance of supporting public interest journalism.

Elsewhere, in the chapter on transparency, the report contends that ‘People must understand how platforms function in order to have faith that they are fair arbiters of democratic discussion’. Proposals are therefore made around transparency, access to data for independent scrutiny and codes of platform conduct.

The precise proposals made in the report are extensive and include important attempts to curtail and scrutinise the power of digital platform companies. And yet the report also seeks to empower citizens to play an active role in the digital world.

What is perhaps key is that in offering a vision for democracy the report provides an image of how the Internet could work. Far from being powerless in the face of international corporations who may seem to be above domestic law, it shows that action can be taken and that individuals have the ability to shape what happens online. The report, therefore, makes it clear that policymakers and governments have an important role in shaping what we mean by and want from digital technology in our democracy.

What remains to be seen is whether the Government will act to turn this vision into a reality.

Dr Kate Dommett is Senior Lecturer in Politics at the University of Sheffield. She recently served as Special Advisor to the House of Lords Committee on Democracy and Digital Technology.

Democracy and digital technologies – evidence to the Lords

With social distancing measures likely to be around for some time and with challenging questions and decisions in front of us, there has never been…
See More
OpinionSonia Bussu

On technology and democracy

Technology and Democracy: Friends or Foes? The title of yesterday’s event, organised by Involve and Westminster University’s Centre for the Stud…
See More