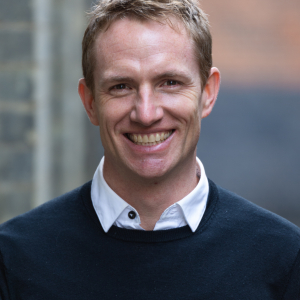 This piece is #8 in the 'Visions for the Future of Democracy' series curated by Involve for its 15th anniversary. We have asked authors to provide their vision or take on democracy 15 years from now.

In October 2008 Iceland’s three largest banks went bankrupt in the course of three days. The stock market plummeted, and as the extent of corruption became clear, trust in every aspect of the national establishment went with it. What became known as the ‘pots and pans revolution’ brewed over five months, resulting in the resignations of the government, the head of the Central Bank, and the director of the Financial Supervisory Authority. Soon there were criminal convictions for many of those involved.

Out of the crisis began a grassroots reinvention of the Icelandic political system, starting in the city of Reykjavik. In May 2010, shortly before the city elections, the nonprofit Citizens Foundation launched a website offering all the parties a space where their supporters could participate not just in commenting on but in suggesting policy ideas. Only one minor party took them up on it; but when a third of the population participated in the space of two weeks, that party won the mayoralty. By October 2011, an agreement was in place with the city administration whereby elected representatives would debate and respond to top ideas from the platform every month. Over 70% of the population has since contributed, and what has become known as Better Reykjavik has evolved further, in functionality (for example into participatory budgeting) and in reach (with sister platform Better Iceland becoming part of the debate at the last national election).

In the democracy that is dying, our role - the role of “the public” - is limited to choosing between a narrow range of pre-set options at the occasional election or referendum.

Robert Bjarnason, co-founder of the Citizens Foundation, says the main lesson of 2008 was that “we Icelanders realised we couldn’t leave the running of the country to a select few anymore. We had to get involved ourselves. All of us.”

A Democracy of Citizens, not just Consumers

This is a fundamental shift in the nature of democracy, and it is happening, to a greater or lesser extent, pretty much everywhere.

Take Taiwan, where a strikingly similar founding story to that of Better Reykjavik saw the “gov zero” hacker movement integrate into formal government in the aftermath of the 2014 Sunflower Revolution, with one of their lead organisers becoming the face of arguably the world’s most successful response to Covid-19 (Taiwan has even now registered around 17000 cases and only 850 deaths); Mexico City, with its crowdsourced constitution; the transformation of Oklahoma from one of America’s fattest cities to one of its healthiest, enabled and inspired (not led) by “Million Pound Mayor” Mick Cornett; his counterpart Naheed Nenshi’s “3 Things For Calgary” campaign; the phenomenon that started as Detroit Soup, where local people eat cheaply together and spend the proceeds on local projects, which is now replicated in 60 places across the UK alone; transformative neighbourhood-scale work like that of CIVIC SQUARE in Birmingham and Everyone Every Day in Barking, East London, which are unleashing previously pent-up citizen power in the form of hordes of community initiatives and businesses… I could go on, and on, and on.

Here in the UK, it often feels like we are further from making this shift than most, but the greatest change always looks impossible until it happens.

In the democracy that is dying, our role - the role of “the public” - is limited to choosing between a narrow range of pre-set options at the occasional election or referendum. We express our individual preferences from the range offered to us, much as we choose products from a supermarket shelf. As in a supermarket, we are assumed and encouraged to make these choices on the basis of narrow, material, short-term self-interest. Parties, campaigns and candidates design their pitches to us accordingly, further reinforcing the dynamic - and then take their power and wield it. Atomised, fragmented and frustrated, we are left staring accusingly at one another as the great challenges of our time become greater still.

In the Democracy of Citizens that is being born, our role is vastly expanded. Platforms and processes like Better Reykjavik, Taiwan’s “nation as team” Covid response, and the civic shops of Barking provide the channels through which we can contribute our ideas, energy and resources to small ‘p’ politics. We do so on the basis not of narrow self-interest, but as members of communities and collectives, working together to explore, propose and prioritise from the very beginning. Through Citizens’ Assemblies, Juries and the like (which are an important part of this mix, but only a part), we are even able to cohere these into capital ‘p’ Political recommendations. Elected politicians still have a vital role, but they are facilitators, enablers and delegated decision-makers more than they are heroic commanders or abstracted “representatives”. For our part, trusted, respected, and involved, we are able to step into our deep human inclination to work together to face the challenges of our time, and as we do so, we work wonders.

Here in the UK, it often feels like we are further from making this shift than most, but the greatest change always looks impossible until it happens. Our German cousins might be better placed to understand this, knowing as they do that no one thought the Berlin Wall would come down even the day before it did. It fell because two sets of conditions were in place: the public on both sides were organised enough to be ready when the cracks appeared; and those in power opened the doors enough for those cracks to form. These are the two component parts of the work that must be done here - and is being done - for the Democracy of Citizens to break through.

The work of organising ourselves is the work Buckminster Fuller was talking about when he wrote that “You never change things by fighting the existing reality. To change something, build a new model that makes the existing model obsolete.” Here in the UK, the conditions are ripening on this side of the equation. When the residents of Totnes created a Community Development Society, with the intention of proposing developments they want instead of just complaining about those that are being imposed upon them, they were doing this work; now Covid-19 has injected rocket fuel into the momentum of local organisers, and the reclamation of our towns as civic space is gaining pace. When former Wimbledon Football Club fans built AFC Wimbledon instead of accepting the transplant of their team to Milton Keynes, they were doing this work; last year the European Super League crossed a line, and football fans organised to reclaim their sport. When mutual aid groups sprang up everywhere weeks before the UK government acted on Covid-19, they too were doing this work; just beneath the surface of our society, those groups are maturing and concentrating into new forms and structures across the nation.

The future of democracy - here in the UK, as across the world - could be bright. But to make it so, we must see this moment as a time to hope, to imagine... and to act.

But while Fuller is right about the need to build the new, that in itself is not sufficient. Those working inside the dying democracy must also work to open the doors to change. This too is happening. I think of the UK Climate Assembly as the most exciting development in UK political history since the creation of the devolved administrations for precisely this reason: six Select Committees came together to open their power to the Democracy of Citizens, a diverse and beautiful selection of our population came together as a result to set out an agenda that is as inspiring as it is feasible, and now the BBC have screened a documentary of the result. The Government itself may not yet have opened the doors, but the story of power is changing, here in the UK as around the world, inside the corridors of power as well as out.

A time to act

All this is not to say that change is inevitably afoot, that it is just a matter of time before the Democracy of Citizens arrives on these shores and all is well. Time is short, and the more severe the challenges we face become, the greater the temptation to heed the siren call of those who say they can save us, that we need do nothing but keep calm and carry on. Equally, the closer it comes, the greater will be the resistance of at least some of those who feel their power is threatened. As such, following the feminist philosopher and activist Rebecca Solnit, I am neither optimistic nor pessimistic, but hopeful. I’ll finish this piece by quoting from her masterpiece, Hope in the Dark, at length. The future of democracy - here in the UK, as across the world - could be bright. But to make it so, we must see this moment as a time to hope, to imagine... and to act.

“Hope locates itself in the premises that we don’t know what will happen and that in the spaciousness of uncertainty is room to act. When you recognise uncertainty, you recognise that you may be able to influence the outcomes – you alone or you in concert with a few dozen or several million others. Hope is an embrace of the unknown and the unknowable, an alternative to the certainty of both optimists and pessimists. Optimists think it will all be fine without our involvement; pessimists adopt the opposite position; both excuse themselves from acting... [Hope] is the belief that what we do matters even though how and when it may matter, who and what it may impact, are not things we can know beforehand... Authentic hope requires clarity - seeing the troubles in this world - and imagination, seeing what might lie beyond these situations that are perhaps not inevitable and immutable.”

Jon Alexander is co-founder of the New Citizenship Project and author of the forthcoming book CITIZENS: Why the Key to Fixing Everything is All of Us (Canbury Press) 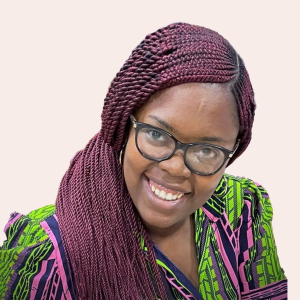 This piece is #7 in the 'Visions for the Future of Democracy' series curated by Involve for its 15th anniversary. We have asked authors to provide t…
See More
OpinionMarilyn Taylor 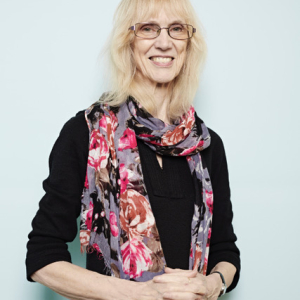 Dialogue as a way of life: where democracy starts

This piece is #6 in the 'Visions for the Future of Democracy' series curated by Involve for its 15th anniversary. We have asked authors to provide t…
See More
OpinionSimon Burall 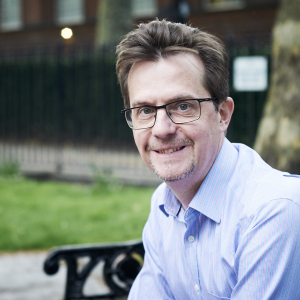 This piece is #4 in the 'Visions for the Future of Democracy' series curated by Involve for its 15th anniversary. We have asked authors to provide t…
See More