Following the High Court ruling that Parliament must vote on triggering Article 50, the newspapers are full of competing descriptions of democracy. At its simplest level, this appears to be a debate about where the decision lies, with citizens through the ballot box, or vested in the democratically elected Parliament.

On the Leave side, the Daily Mail describes the judges as “Enemies of the People” and the Telegraph sees the verdict as, “The judges versus the people”. 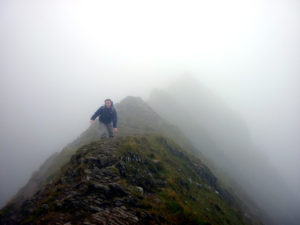 This perspective takes the view that democracy is exercised through citizens placing a cross in a box on a ballot paper. This view, expressed through those newspaper headlines, is that the side with the most crosses wins and therefore has the right to take all the decisions.

However, on the side of Remain, the Guardian’s view is different arguing that the law is clear, “three of the most senior judges in England and Wales heard arguments on both sides from some of the best legal minds in the country and unanimously agreed that the law demanded Parliament had a say.”

On one level this does appear to be as simple as many in the Leave camp are saying. The public voted and now we must leave the EU. The only problem with this view, from my perspective, is that leaving the EU isn’t the simple binary choice presented in the referendum question:

I noted before, that there are at least five models for how we can leave the EU. Each of them requires different decisions about our economy, immigration and the legal basis of our new relationship with the EU and the rest of the world. None of these are neutral political choices. They all affect individuals and communities in different ways; some will gain and some will lose.

The problem our democracy faces right now is that triggering Article 50 is a one-way gate; once the starting gun has been fired it appears to be irrevocable. While the court judgement is ostensibly about triggering Article 50 (and therefore directly relates to the referendum question) it’s effects are far reaching and go way beyond the mandate the public has given.

Citizens will have individual, and even perhaps collective, views on all of the issues raised by the negotiating stance of the government post-Article 50 being triggered, but the crosses in the box on 23 June provide no insight at all.

As the resignation of the Conservative MP Stephen Phillips in the last few minutes shows, it is not democratic for individual political leaders to interpret the vote as anything other than what it was, that we should leave the EU. The democratic decision about the terms of leaving will have to be determined in another way, and involving Parliament must be one element of that – and we would argue only one way, but that is for another post.

However, this debate about elections, Parliament and mandates presents a one-dimensional view of what democracy is. Our work on Open Government highlights three other equally important principles:

The first of these principles is playing out in demands from Parliament and the public that the government’s negotiating stance with the EU is made public before the decision to trigger Article 50 is made.

These demands for transparency are in direct conflict with the perfectly reasonable desire of the government to keep its negotiating hand close to its chest in order to be able to secure the best deal for the country.

This is just one of a myriad of tensions thrown-up as democracies try to take decisions. This is why accountability, the role of the courts and the rule of law is so important. When such tensions cannot be resolved through democratic debate, the courts have a vital role to play in balancing the various principles and issues at stake through interpreting the laws laid out by Parliament.

A strong democracy requires a strong rule of law. Political leaders, however strong their mandate, must obey the law. To live in a country where the rule of law is disregarded, as some of today’s newspaper headlines and soundbites from some Leave campaigners would suggest, would be a worrying place to live indeed. It leaves open the potential for serious abuse of power and the rolling back of democratic freedoms. I won’t be the only person saying today that we must protect the independence of the courts from political interference at all costs.

In sum, the referendum has happened, a majority voted in favour of leaving the EU and this must be respected. At the same time, we must resist the calls of those who seek to portray democracy as a simple matter of enacting the will of the people, however expressed. We must resist this because it is simply not possible to say what the will of the public is on the complex set of issues thrown up by Brexit.

We must make the case that a strong democracy rests on many pillars: elections, transparency and freedom of expression, rich public debate where all views are heard, strong accountability mechanisms and the rule of law.

But at the same time, we must also ensure that those who voted in the referendum are not left with the impression (on either side) that the final decision about Brexit is an establishment stitch-up that ignores their views.

We are currently walking a dangerous path for a democracy. On one side of the path are the crags of establishment stitch-up, on the other the echoing cliffs of the loudest and most passionate voices drowning out legitimate perspectives. One false step and our democracy will be significantly weakened. The only choice for real democrats is to keep demanding that the public continues to have a meaningful role in the critical decisions that face the country over the next two years.