Do we need an engagement strategy for democratic renewal?

Imagine an NGO is developing a new campaign. One key strand of its preparation is likely to start with understanding members of the public’s current views and levels of interest. It would then move on to ideas about how to reach them – for example how to make the campaign accessible to, and attractive and fun for, its target audiences. 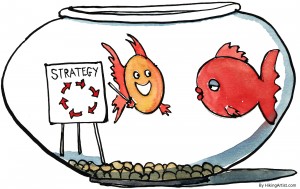 Now imagine that you want more people to engage with and take part in politics. How does the current system and the participation opportunities it offers measure up to a campaign-style engagement strategy?

My answer is ‘not very favourably’.

Here are four things that many campaigns do well, but that the current political system often doesn’t. This is by no means an exhaustive list. But it’s the beginnings of a train of thought that I hope to explore more through my work with Involve.

The current political system tends not to:

1. Start with where the public are at. This is often true of individual initiatives (see for example, Edward Andersson’s ‘Participants of the Future’ for interesting thoughts along these lines). And it is also true of the experience of participation as a whole. The most common first request for engagement that people receive from the formal political system is a communication asking them to register to vote. Whilst they care about political issues, many young people will never have discussed big ‘P’ politics and struggle to see how politicians and political parties are relevant to them. A request to register to vote is therefore not a great first approach.
A better one might be political education in schools – HT Bite the Ballot for their highly successful lessons linking issues to voter registration. If the voting age was lowered to 16, people could vote for the first time at school too. But political education doesn’t have to focus just on voting. Which leads me on to…

2. Offer a variety of alternative routes, and different levels, of engagement. Voting is a very specific way of taking part, as is joining a political party and standing for office. This route through the political system is never going to appeal to everyone, but the formal political system isn’t good at offering an alternative(s) (Dave McKenna’s blog looks at why this might be the case at local government level). Other ways of engaging need to be opened up and seen as equally important. Designing these around specific issues or groups of issues might well be a useful way forwards.
Whatever these new ways of engaging are, they should recognise that different levels of participation are valid and important. People have varying levels of time and interest in different issues at different points in their lives – at age 30, Ben who lives in Stockport might not get involved in one issue at all, on another he might be interested to watch a short two- minute video every two months, on another he might sign a petition, attend a meeting…and so on. By offering a range of ways for people to engage in each issue area, organisations and institutions can make themselves more relevant to more people.

3. Think of engagement as a journey. Involve’s ‘Pathways through Participation‘ research highlighted the need to consider how engagement opportunities link together. Campaign organisation are often good at this; if you signed an NGO petition, you’d probably get a thank you email straight away and then a follow-up action a week or two later (often referring back to the original petition you signed). In contrast, if you vote, you don’t get anything. But you could get a thank you letter or email, with information about: the result, the relevant elected politicians’ surgeries and ways they can help, how to contact the other political parties and elected representatives in an area, and potentially reminders about other engagement opportunities (like the issue-specific ones suggested above). The same thinking around journeys should also be applied to issue-specific pathways of engagement.

4. Make use of crisis moments. This is perhaps taking the comparison too far. But it is interesting that NGOs use crisis moments as calls to action, whereas politicians use them to show strong leadership – these are after all often key times when large numbers of people have heard about an issue and are following what happens.

The point of this blog isn’t to idolise NGOs (they have their own flaws) or to suggest the political system is the same as an NGO campaign (it clearly isn’t). Instead it’s an attempt to explore the potential for learning across sectors to see if it exists and whether it’s helpful.

Few of the ideas and problems highlighted above would take constitutional reform, or even primary legislation, to implement or fix. Instead they are about institutional norms and changes in attitudes and behaviours. These may not be easier to change, but they do provide an alternative (or additional) area of focus for those interested in democratic reform.