Engage the public for a post-Trump reality check 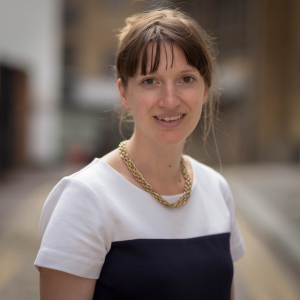 The old certainties are gone.  With Donald Trump’s election as President of the United States, against the grain of commentariat expectation and polling predictions, decision-makers and political experts have had their assumptions questioned as never before.

Trump’s election, the shock of the Brexit vote and the surprise of the Conservative victory in the May 2015 election mark a pattern of major upsets at the ballot box, and there is widespread interpretation of recent events as a sea-change in global power.  Moderate politics, especially of the centre left, is seen on the back foot, whilst UKIP and a range of nationalist parties are the march.

This is often described as a triumph of ‘populist’ politics.  Too often there is often a touch of sneering in this language, as commentators seek to convey a moral or cultural upper hand to themselves and imply that voters are ignorant, gullible or both.  With some notable exceptions, it is noteworthy that the mainstream analysis and thought leadership around the Trump election has been led, as usual, by elite journalists writing with remarkable certainty about the motivations of poor, disenfranchised voters from the rustbelt states, just hours after their previous analysis was debunked.  If lessons are genuinely to be learned, the wash-up from the presidential election needs to enable marginalised voters to speak directly for themselves and reflect on these perspectives as valid.

For policy experts and decision-makers in Britain, the Trump election questions assumptions.  The success of a man who started the presidential race as a rank outsider demonstrates the fragility of presuming to anticipate what the public think; what their values are; and what issues matter to them.  In the past, there has often been an issue with public engagement being undertaken for appearances or to generate buy-in for a precooked agenda, rather than with a genuine curiosity and receptiveness to what citizens might say.  The pattern of electoral upsets demonstrates that, actually, experts don’t always know what the public are thinking and can’t always anticipate how they will behave at the ballot box – and that failing to appreciate the strength of feeling about issues that matter to citizens is a fatal mistake.

Deliberative methods for public engagement have a vital place in this challenge, adding depth and quality to quantitative surveys, social media analysis and polling.  It also adds something vital that these methods lack, creating open space into which new issues can be raised and offering a balanced forum for reflection which is free from the artificial heat and bias of our social media bubbles.  Public engagement often also reveals that public views are often more moderate and nuanced than the theatre of media debate might imply, and there is much more common ground between different perspectives than there first appears.

In 2016, it has never been more important for policy experts and decision-makers to have a reality check.  When done well, this is exactly what public engagement can offer.