Engaging in bits and bytes 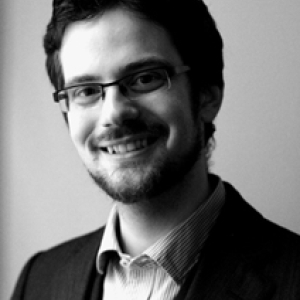 A week ago I gave a talk at Government Digital Services on Digital and face to face engagement. This post is a summary of what I said.

First of all I acknowledge that Involve is different from many others in the digital engagement field; we’re not software producers, we’re not trying to sell software and we focus on engagement as whole rather than digital engagement. Our mission is to make the public sector into better commissioners of dialogue and engagement.  I’ll start with the question to what degree digital technology represents a breakthrough?

“The world is poised on the cusp of an economic and cultural shift as dramatic as that of the Industrial Revolution.”

“The Internet is a telephone system that’s gotten uppity.”

Clifford Stoll (US Author and astronomer)

My view is that both quotes are true, in their own ways. We tend to overestimate changes in the short term (where many people hype up relatively mundane technologies) and underestimate the shifts in the longer term.

There is a tendency among consultants to create artificial distinctions between digital/online engagement and face to face engagement. Human nature is the same in both settings and of course a badly designed online consultation without a clear purpose is just as much a waste of time as a face to face process without a purpose.

I think people get excited about digital for the wrong reasons.

People often think that the key defining characteristics of digital are:

There are also very good reasons for shifting to Digital which are often overlooked:

There are of course areas were online engagement doesn’t work as well as face to face, for example:

I’m not saying it is impossible to do any of this online, just that it is more difficult.

But of course it is not an either/or. In many cases face to face and online complement each other; and of course, let’s not forget that digital technology can be used in face to face meetings as well.

I’ve seen a few interesting examples of the critical interplay between face to face and online engagement:

The award-winning Geraldton 2029 process in Western Australia has made use of a wide array of face to face and digital processes in determining the future of the town.  4000 people have been actively involved through world cafés, online surveys, online moderated deliberation, 21st-century town hall meetings™, community events to celebrate milestones including BBQs. They have also used the local Newspaper Facebook page heavily. What I like about the Geraldton process is how they have understood the strengths of face to face and online and worked with both.

The Crowdsourced Icelandic constitution has been in the news a lot over the last few months.  The Constitutional Council has drafted and posted clauses each week open for public comment, and has live-streamed their proceedings. The focus has often been on the online elements but it was made possible by in-depth face to face deliberation, both from the elected Constitutional Council and a randomly selected national forum.

So to sum up my key points from my presentation: