So we’ve voted to leave the EU. And in doing so we’ve put an indelible and precise ‘x’ on the gulf that exists between much of the UK public and the country’s national (and international) establishment. 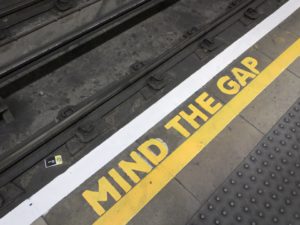 From a top-down perspective, this is nowhere more evident than in David Cameron’s gross underestimation of Leave’s chances of winning – an underestimation made despite the prevailing anti-political mood and the fact that almost no one anywhere on the political spectrum has vocally and emotionally made the case for the EU in recent years. For as long as I can remember the only loud arguments on Europe have been made by Eurosceptics. Yet in Cameron’s mind the British population was apparently meant to have magically imbibed and recognised the EU’s merits and would vote accordingly – or maybe even more naively, just do what the establishment said –  when the time to vote came.

Behind most pro EU politicians’ silence on Europe lies of course no small amount of electoral interest. As in so many other areas (not least immigration), many politicians’ focus has been on winning the support of those still voting in swing seats. They have not recognised the damage caused by failing to speak regularly and passionately for the causes in which they believe, by not taking on and changing the political, media and social discourse. Until today, this charge was perhaps most frequently levelled at Blair’s governments by those on the left. But it is true much more widely and is so clearly evident in today’s result.

Also standing at our politicians’ door is the charge of failing to take democracy seriously. Cameron’s primary driver in promising an EU referendum wasn’t to give the public a say: he saw it as a political manoeuvre to deal with divisions in his own party – and, arguably, as one a coalition government would enable him to drop. What he definitely wasn’t interested in was the public’s informed opinion on the issue and the best way of enabling them to express it. Had he been, he would never have chosen to hold a referendum. Indeed, whatever you think of the result, the abysmal quality of the debate is surely unquestionable.

Politicians’ failure to change our antiquated electoral system is relevant here too. A more proportional system would have enabled divisions other than left/right economic ones to be aired and expressed in the normal course of UK politics – see the excellent What our worries about referenda say about the state of democracy. Politicians are responsible too for failing to adapt our decision-making processes to engage those who feel most alienated on the issues that matter to them, and make real and evident changes to policy and practice as a result.

It has been one of the most obvious ironies of the referendum that the Leave campaign claimed to champion democracy whilst pushing statistics that independent experts had shown to be inaccurate. If they really do want to reduce the gap between the UK public (both leave and remain) and our government, their work starts here.