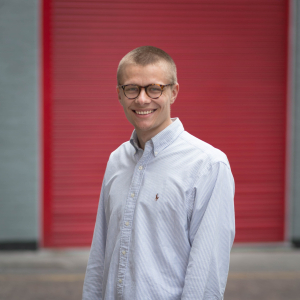 As with all mass political events, the scratching of millions of pencils on ballot papers last Thursday has precipitated the clatter of keyboards as analysis from all sides is produced. We, at Involve, have also been taking some time to digest the election result and consider its implications; Tim Hughes has asked whether it’s time for a people’s charter, Sarah Allan has written about the need to rethink the political system to put respect for the public at its heart, and Simon Burall has considered the unexpected value of a hung parliament.

My own thoughts on the election began to percolate last Wednesday, on the eve of the election. I had watched and listened to the campaigns, considered the issues that meant most to me and, while deciding who to cast my vote for, had the stark realisation that it did not matter. My vote, cast in one of the safest seats in the UK, would have little impact on the local, or national political landscape.

This sentiment will likely be repeated elsewhere, most often by those advocating for a change in the electoral system, but electoral reform is not the focus of this article. When I selected my preferred candidate last Thursday morning I did so in full knowledge that it would not matter who I chose. I could select a candidate. My decision was made in isolation of the consequences. If I lived elsewhere in the UK, I may not have voted the same way. Can my vote then, really be considered as representative of my individual democratic wishes? 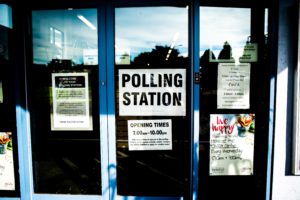 My own experience will have been repeated in different ways across the UK. Indeed, our team, in conversations over the weekend, have heard two indicative examples which demonstrate some of the diversity of ways in which people make political decisions.

A taxi-driver in London, while discussing the election on Friday, spoke of their desire for a change of national government and their happiness at the Labour Party’s better than expected result. However, just a day earlier they had cast their vote for the Conservatives. Their reason; a local Labour MP who they felt should have done more to deliver changes in the local area, including better roads.

A Scottish resident, in an SNP-Conservative marginal seat, voted Conservative. On further inspection, it became clear that theirs was, primarily, a vote for the Union, cast tactically to avoid the SNP gaining a seat.

It’s important to note that all of these decisions were made in earnest, but that the diversity of reasons that underpin decisions made in the polling booth place a limit on how much we can learn about voter preferences. Tactical voting, regional preferences, candidates’or leaders’ personal popularity (or lack thereof), the-lesser-of-two-evils and, as in my own case, inconsequential votes all limit the conclusions we can draw from elections.

Exactly what the 2017 election mandated is likely to be discussed at length over the coming months, especially as we face a hung parliament, but this may be the wrong question. As Mark Easton noted in his BBC column:

“the idea that the final electoral arithmetic gives effect to some silent national consensus on what Britain wants is just absurd.”

One thing is clear; elections remain an ineffectual way of identifying what the public actually want.

As the country enters a period of political and constitutional uncertainty – typified by apparent intergenerational, regional and economic divides and complex social and environmental challenges – political engagement that starts and ends at the ballot box risks further entrenching the rifts in society.

If we are to face the collective challenges that the course of the next parliament will hold, policy makers must be in touch with the public in a real sense; we must look beyond column inches and stubby pencils as the arbiters of public opinion, and move toward a more genuinely open, deliberative and participative democratic system.