No space for the public on Brexit? Why parliamentary committees should up their game

Last week I went to University College London’s Brexit at Westminster seminar. After a wide-ranging discussion, the final question of the day was the most interesting. It asked how parliamentary committees are intending to engage the public around Brexit.

The most striking answer came from Baroness Falkner, Member of the House of Lords’ EU Select Committee and Chair of its EU Financial Affairs Subcommittee:

At Involve we disagree. Here are just a few of the reasons we think this model of democracy has had its day: 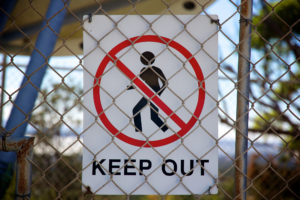 In theory, all members of the public have an equal opportunity to lobby their MP. In practice, however, many people lack the know-how, or simply don’t believe it will make any difference. Without making a concerted effort to create engaging and accessible ways for the public to express their views, MPs will only hear from a minority of their constituents. We know from experience that lower income, younger and BAME groups, among others, are likely to be significantly underrepresented. On an issue as complex and contested as Brexit, it is also unreasonable to expect members of the public to inform themselves on every aspect of its implications. Parliament has a key role to play in enabling representative sections of the public to engage with the detail and have their say.

Emails from individual constituents can only tell an MP so much. In contrast, engagement events (online or offline) organised by committees can provide much richer input. For example, they can explore why participants hold the views they do, what trade-offs they’d make and why, and how their views change when presented with new information. They can result in lists of prioritised key principles, aspirations or fears, among many other potential outputs. The possibilities are extensive given the wide range of potential methodologies and engagement techniques on offer.

Importance of different types of knowledge and evidence

The parliamentary committees working on Brexit will presumably continue to reach out to organisations and academics in calls for written and oral evidence. There is no reason for the public’s views to be inferior in committees’ considerations – they simply hold a different sort of knowledge. With Brexit, there are many technical questions for a wide range of specialists. But no groups other than representative sections of the public can work through the key issues and tell a committee how they’d decide between the trade-offs that need to be made, or what principles they think should underlie decisions such as where repatriated powers will sit. Brexit is likely to fundamentally affect people’s lives and to-date the public has had little to no input on the shape it should take.

It’s unrealistic to suggest that constituents’ attempts to lobby their MP are likely to make a significant difference to their views on many key aspects of Brexit. There are many issues on which a Leave voter would achieve very little by lobbying their Remain voting MP, and vice versa. In theory, parliamentary committees provide a space in which many different views can be heard and considered, regardless of the constituency in which people live.

More broadly, failing to engage the public on Brexit would be a huge missed opportunity for Parliament. It is the role of Parliament in our democracy to represent the people and hold government to account on their behalf. Elections and the constituency work of individual MPs are an essential part of this system. But they do not need to be the only way in which Parliament carries out its representative role.

Public engagement by parliamentary committees has the potential to rebuild trust and increase engagement between the public and Parliament. It can give MPs new ways to represent their constituents, centred around the issues about which the public cares most. And it can transform Parliament’s – and MPs’ – ability to reflect the needs, concerns and aspirations of the people they serve.

For the House of Lords, public engagement by committees gives added legitimacy to peers’ work and ensures their reports are reflective of all the forms of knowledge needed for effective policy-making.

The quantity and quality of public engagement conducted by parliamentary committees across the UK’s parliaments has significantly increased in recent years. As parliaments have become more conscious of the need to evaluate this work – and interest from academics and others has grown – case studies and evidence demonstrating its impact have begun to emerge – see for example, this post.

It would be a dereliction of duty for Parliament to ignore these promising innovations in how it conducts its work on Brexit. After all, there has rarely been an issue that promises to have such a significant impact on so much of the UK’s population.