The Open Government Partnership: a tale of pencils and space pens?

Simple ideas are often best. Yesterday, amidst a vast number of ministerial speeches at the OECD roundtable on the future of the OGP, the Romanian Minister spoke for a relatively short time. 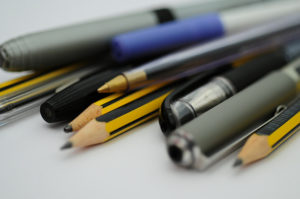 Like most of the other ministers present, she used her time to talk proudly about the open government reforms that her government has enacted. She talked about the ways they are increasing the transparency of government. She then went on to talk about the change their Cabinet has made to the way it works. The Cabinet now meets with “regular citizens” on a weekly basis. She described this as something very simple which will build a stronger connection between politicians and citizens. Ultimately, she thought, this will increase trust in the government.

She deliberately described this as a ‘simple’ step. Her implication being, I thought, that the open government movement is sometimes in danger of making things more complicated than it needs to be.

And this has been a strong theme here at the Open Government Partnership Summit; the need to make open government make visible changes to the lives of citizens. Implicit in this is that commitments around transparency, open data, beneficial ownership and open contracting, for example, are all very well, but for vast numbers of citizens they are abstract and make their lives no better.

It was in this context that the Romanian minister’s description of her Cabinet’s weekly meetings reminded me of the story of how the Russians and the US approached the challenge of enabling astronauts to write in space at the height of the space race. The Americans spent millions inventing a ball point pen that could write upside down, in weightless and freezing conditions. Meanwhile, the Russians took pencils to space.

Like all simple stories with a powerful message, this story is apocryphal. Pencils, the simple solution in the story, are dangerous to have in space. The pens the US took into space were actually developed in the private sector and saved money (when bought in bulk).

So how does this help make sense of the Romanian Cabinet’s commitment to meet the public on a weekly basis. I think it tells us two things.

Firstly, simple ideas really can be powerful. Committing to take up Cabinet time on a weekly basis is a strong declaration of intent. Ministers’ time is short and extremely precious. A key component in the success of the OGP has been the moments of theatre that it creates – prime amongst these are the regular high-level summits where heads of state launch their latest action plan and bask in the praise of their peers on a highly public stage.

Secondly, and on a more cautionary note, simple theatrical gestures are not enough. The public will see through them very quickly. A Cabinet that publicly meets citizens, but acts on nothing they hear will reduce not increase trust. A Cabinet that only meets with people who praise what they are doing will have a similar impact.

On the flipside, if the Cabinet is seen to act on some (note not all) of what they hear, then the power of their theatrical gesture will be magnified many times.

The UK’s EU referendum has woken politicians up to the distance that citizens feel from them. It would be a powerful statement of intent if Prime Minister May were to commit to holding one Cabinet meeting a month outside London which included an open session for Ministers to meet with the public. Critical to making this work would be providing feedback on what actions the Cabinet has taken as a result of what they have heard.

This sort of simple gesture shouldn’t replace the important work on reducing corruption in the City of London, or making government decisions more transparent and accountable. However, it is one, but only one, way to bring a more human face to the sometimes overly abstract OGP commitments.

I’m a great believer in theatre; sometimes a well thought through, but simple idea can have a powerful and visible impact. At a time of unprecedented levels of distrust this may be exactly what we need.