Prisons are, in a very obvious sense, closed institutions. For the prisoners at least they must be, playing as they do an important role for society; both punishing those who commit crimes by depriving them of their freedom, and also supporting rehabilitation and ultimately preventing reoffending. 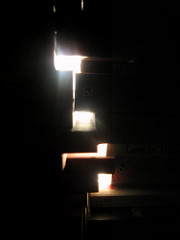 But they are closed in another sense too; it is highly unlikely that most members of the public know what really happens inside prisons, or what decisions are being made about the prisoners on our behalf.

And this matters because the work that happens inside prisons is both important and controversial. Indeed, the challenges faced by prisons as they seek the social licence to play these dual roles effectively brings to mind the second of Robert Peel’s nine points of policing, “the ability of the police to perform their duties is dependent upon public approval of police actions.”

That is why we are delighted to be working with two prisons in Teesside, Kirklevington Grange and Holme House, on a project to explore what more open governance means in the prisons context. These are two of the six ‘trailblazer’ reform prisons announced earlier this year.

We will be working with the Executive Governor and the senior leadership team on a number of interlinked strands of work:

Our work will be independently evaluated and a significant element of our work will focus on sharing our learning and supporting a wider debate about the role that greater openness can play in supporting the work of prisons.

Over the past few years, Involve has been at the forefront of the growing movement for open government. Across the world this movement has led to some important and substantial changes to laws and government processes, for example to the transparency of corporate ownership, government contracts, and payments for natural resources. Important as these reforms are, too few impact on the lives of citizens in a way that is obvious to them. As a result, the public is largely unaware and uninvolved in this important work. This lack of popular awareness and involvement makes the gains made by the movement fragile.

This new project with Teesside Reform Prisons is an exciting next step for us because, while prisons may not feature often in the thoughts of the majority of the public, they loom large (both metaphorically and physically) in the minds of the families of prisoners, the communities in which their crimes were committed, the victims of their crimes and the communities that play host to the prison itself.

If the project is successful, this community around the two reform prisons will better understand what happens inside, and their views and perspectives will have more impact on their work. And we will have learnt some vital lessons about what makes open government reforms relevant and useful in a community setting.