Is a public inquiry into the riots a good thing? 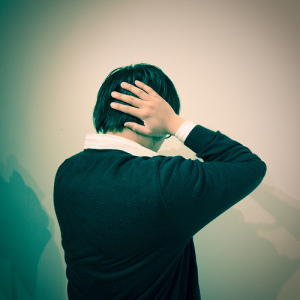 Holding a public inquiry into the causes of the riots in August may or may not be a good thing; it all depends on whether the government articulates a clear, focused purpose and develops an effective mechanism for communities to hold the inquiry and itself to account.

Ed Miliband led the calls for a public inquiry into the riots earlier this month, demanding that David Cameron establish a ‘national conversation’ about the causes of the disturbances and looting. The government initially resisted these calls on the basis that the Select Committee inquiries that would happen would be enough. However, last week Nick Clegg announced that there will indeed be,

“an independent Communities and Victims Panel, chaired by someone who is independent but widely regarded as having authority and knowledge of what’s going on and the dilemmas faced in the communities affected.” Nick Clegg, 16 August 2011

Clegg was clear that the government wants this inquiry to report to all three party leaders quickly, within six to nine months. Membership of the inquiry is unclear. However, the hints from Clegg’s statement are that it will be chaired by some grandee, but membership will be drawn from leaders from within the affected communities.

So far so good, but if this inquiry is going to be worth both the public money spent on it and the time that individuals in communities will spend giving evidence to it, then there are two things the party leaders need to consider.

First, it is far from clear why the government is establishing the inquiry. It is worrying from a public engagement perspective that Nick Clegg doesn’t give any detail at all in his speech. Reading the various announcements from the government, the Labour Party and more widely there are a number of possible reasons for holding the inquiry:

An inquiry conducted at speed, in communities across the country, cannot possibly achieve all of this. As with all public engagement exercises, it is vital that those who will contribute to and receive the findings share a common understanding of the purpose. If they don’t then all we will hear is a lot of worthy statements from party leaders and ministers about how important the final report is before it is consigned to sit on a shelf quietly collecting dust.

If the report does end up having no impact then this will cause far greater damage to the trust of communities in government and authority than having no inquiry at all. The government therefore MUST ensure that the inquiry’s purpose is fully understood across government and the three main parties, and by the communities that take part.

This is fairly standard fare and something we say often at Involve. It is unfortunately something that government gets wrong all too often, which is why we say it so regularly. However, in this case I think that there is something else that needs to happen. The government needs to provide a mechanism for the affected communities to hold the inquiry and themselves to account, both for how the inquiry is conducted as well as for what happens to the findings afterwards. Given that six to nine months is an eternity in politics, without an accountability mechanism the report will still gather dust even if government fully understands and buys into the purpose at the outset.

With such a tight timetable for the inquiry, any accountability mechanism can’t be too complex. Assuming that membership is as I outline above, this is what I’d propose. While the government must set the overall purpose of the inquiry, the members themselves must develop their own terms of reference openly and transparently. In this way the inquiry will be seen to be in control of its own agenda. In addition, the inquiry mustn’t be disbanded once it has reported. It should meet again at least once to investigate the extent to which government has implemented its recommendations. Guided by a clear set of criteria to safeguard public money, inquiry members should be the ones to decide when the inquiry should wind-up; ministers must not be seen to be trying to brush the findings under the carpet.

If the panel is to be made up solely of members of the establishment, then a separate, independent body to oversee the work of the inquiry and subsequent government actions must be created. It’s membership should be drawn from leaders within affected communities and it too should continue to hold government to account after the final inquiry report has been submitted.

Government never spends enough time up front ensuring that the purpose for public engagement exercises is clear and shared by the key actors. It is very rare to see any form of effective accountability mechanism built into such processes. It is vital this inquiry is different, otherwise nothing will change and we will be doomed to repeat a cycle of crisis followed by calls for inquiries into political disconnect, followed by ineffectual commissions, panels and inquiries, a lack of action and then yet more crisis.