TV debates and second jobs – why the public is the answer

Recent weeks have not seen our politicians cover themselves in glory. First party grandees Jack Straw and Sir Malcolm Rifkind were caught in a media sting. Both are alleged to have had inappropriate conversations with businesses about paid second jobs.* Then the matter of the general election TV debates resurfaced. Yesterday David Cameron proclaimed he was only prepared to take part in one debate, rather than the three proposed by broadcasters. 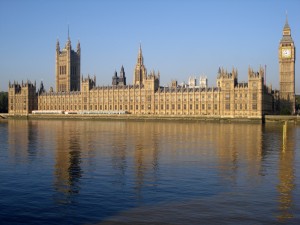 These separate events have two features in common. They are hugely damaging to public perceptions of our political elite. And the best way to resolve them is for the public to decide on a solution.

To start with the TV debates: in the run-up to the next general election the broadcasters could use a citizens’ jury (or similar method) to allow the public to choose the debates’ format and dates. In this case, a citizens’ jury would involve selecting a representative sample of the UK population – on the basis of factors such as age, background, and party allegiance.  These people would then act like a jury in a criminal trial, considering the evidence before reaching a conclusion about what should happen.

Such an approach would have a number of advantages. Firstly, it would help broadcasters ensure they are offering the public what they want. Secondly, it would mean the process of deciding how and when the debates take place (including which politicians are involved) could be transparent. Broadcasters could live stream or even broadcast the process, with members of the public not on the jury feeding-in via social media, phone-ins, or letters. It could allow for the consideration of some more accessible and fun debate formats (see Dr Amy Pollard’s blog post for some ideas). Finally, handing the decision to the public would put power over the debates where it should be – in the hands of the electorate who are deciding how to vote. Politicians would be presented with a (hopefully) impossible to ignore, publicly mandated debate proposal.

On whether or not MPs can hold second jobs, a citizens’ jury would again give the public a voice how politics should be run. It could consider not just the overall principle of the matter, but also whether there should be any variations (tougher or more lenient) – for example for MPs who hold or had held particular roles, for companies linked to MPs’ constituencies, or for MPs who are standing down (retiring). A public recommendation on this issue could provide the basis for cross-party agreement and would allow MPs to reach a solution without expending off-putting amounts of political capital.

There are other issues too which anger the public and damage trust in politicians. Why not let the public deliberate and decide on rules around political donations and MPs’ pay and expenses?

It is too late to open-up these murky, back-room areas of our political system before the general election. But post-election, it’s time for the TV broadcasters, the next government and the political parties to take a fresh look at public involvement. It won’t just be the public who benefits.

*It is important to note that in Jack Straw’s case the sting related to a position he was hoping to take up after retiring as an MP in May – although this in itself raises questions about influence (see this excellent post for relevant arguments) and his existing relationship with another company was also queried. Both MPs deny any wrongdoing.