Unlocking Deliberative Democracy in the UK 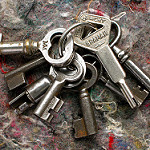 It is suggested by Democratic Audit, on the basis of this blog post by Peter MacLeod, that Canada is ‘streets ahead of the UK’ when it comes to the quality of its deliberative democracy. It is certainly true that Canada has a strong track-record in the use of citizen conventions with randomly selected panels to discuss, deliberate and arrive at agreement on complex issues.

But nevertheless, suggesting that Canada is streets ahead of the UK on the quality of its democracy is a controversial claim – and is one that requires a transatlantic (and in true deliberative style – a considered) response!

I want to raise a question here (not to be contrary – but because it opens up an important train of thought) – why should we compare Canada to the UK? There are some strong similarities between Canadian and UK styles of government – notably, the ‘Westminster’ parliamentary model (also shared with Australia). But there is a key difference – the extent to which there is federalised power within Canada and Australia; and the extent to which, in comparison, this federalised power is lacking in the British political system. If there is a lesson to be learned in British waters from best practice abroad, it is the way in which centralised forms of government seem to lead to less (apparent) deliberative capacity in the system at a local level.

It is striking that most high-profile forms of best-practice deliberation and citizen conventions in particular at an international level have taken place at a regional or city-wide level – think of participatory budgeting in Porto Alegro, Kerala, New York and Paris; ‘Participate Melbourne’ in Australia which arrived at a 10 year financial plan for the city through citizen deliberation; and of course the examples MacLeod cites in Canada – Grandview-Woodland Citizens’ Assembly which advised Vancouver’s City Council on land-use planning and the Metrolinx Residents’ Reference Panel in Toronto which provided detailed guidance concerning the development of a $200m rail overpass in a densely populated neighbourhood.

And let’s roll with the punches here – we definitely don’t do nearly as much as we could on this sort of activity in the UK. But, in theory at least, this need not necessarily continue to be a dividing line  – there is an increased and recent move towards devolution in areas outside of London – most notably, Greater Manchester which gives local areas increased flexibility and resources. These moves present real potential for city-regions to create more space for similar forms of deliberation to complement new decision-making structures that are, at present, nascent and emerging. And more generally there’s definitely increased awareness and interest on the part of policymakers in participation and awareness of its usefulness in the UK, even if there are some barriers – 84% of UK civil servants do think participation could help deliver better public services.

It would be a mistake to think that because a government is more centralised than another, that it is not able to make use of deliberation, to innovate, or get on with the nuts and bolts of doing deliberation well. It might just get on with doing it a bit more quietly and I suspect that this is the case for the UK.

It is important to understand how deliberation fits within centralised models and decision making systems as well as devolved models and systems, and it is also important to recognise that this can and does happen.

For example, the Sciencewise programme has a strong body of best practice in deliberation in the United Kingdom, drawing upon ten years of institutional memory, expertise and experience in running deliberative dialogue with central government departments and national research councils on complex science and technology issues; its deliberative dialogue on mitochondrial replacement a model of best practice which contributed to a change of legislation with the implications still being considered internationally.

NHS Citizen is also building a system and participation infrastructure that allows citizens to raise concerns directly with the board of the National Health Service in England as well as to feed citizen voice across the NHS, having run a successful initial pilot; both are initiatives that we in the Involve team are working and collaborating with partners on.

And the Big Lottery Fund in England, one of the largest charitable funders in the UK, is investing £200million in areas across the UK which residents themselves are in charge of spending through the ‘Big Local’ scheme, with increased emphasis on the value of participation in determining how one of the largest pots of UK charitable money is spent for social good.

There is much that I agree with MacLeod on and lessons learned from deliberation in the UK support many of his statements. He identifies the need for impartiality within any deliberative process and a ‘quiet success’ facet to effective deliberation which often works particularly well when it is able to flower away from the glare of the media spotlight. MacLeod also makes an important point about the success of deliberation within any political framework – he says ‘it is essential to make the case that deliberative processes are complementary to; and not a replacement for the work of public servants, stakeholders and decision-makers’. I couldn’t agree more with this and would go just one step further – in many instances early public input makes for stronger, more effective decision making which takes account of the public voice early on. That’s why initiatives that seek to communicate the availability and support on offer, such as the Sciencewise capacity building programme for civil servants are so important – not just for deliberative democrats and specialists in the field but also for better decision and policy-making.

Equipping policymakers with the tools, knowledge and best practice to understand how deliberative dialogue may work within their policy areas of expertise is vital to supporting and encouraging innovation. Ours is a message which, if it is to really hit home, must be tempered with a realism that recognises deliberation is not a panacea to all policy and political problems whilst being crystal clear on what the ‘value-add’ of deliberation is.

Could we unlock more deliberative democracy, and could we do it better? Of course we could – there is always room to be better, to tackle barriers to change and to innovate.  Key to this is capturing and sharing best practice and innovation at home (wherever ‘home’ may be), as well around the world. There’s also a shared ambition in common – ‘deliberative democrats’ can pool together transnational expertise and lessons from international comparisons, working collaboratively to unlock deliberative democracy.