What about a Participation Income? 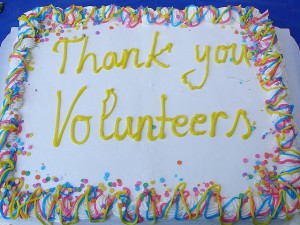 When it comes to welfare, there is a deep fault line separating, on the one hand, those in favour of universal mechanisms such as the unconditional basic income (UBI) and, on the other hand, those supporting “workfare”. The first one is understood as an income granted to each individual, without means test or work requirement. The second one refers to a host of conditional measures in order to access any benefits.

Back in 1996 Professor Anthony Atkinson, an economist with a distinguished track record of research into poverty and social exclusion, put forward a proposal for a Participation Income (PI), as a compromise between the aspirations to an unconditional basic income and the political acceptability of the workfare model, which has increasingly become the dominant approach. Like UBI, PI grants all individuals a right to a secure income, but, unlike UBI, it requires that recipients satisfy a participation requirement as a condition of support.

Qualifying forms of participation would be socially useful activities, from caring for an elderly relative to volunteering in a neighbourhood project, engaging in vocational training or studying for an educational qualification.  Here’s how Atkinson himself describes his idea:

In my proposal, the basic income would be paid conditional on participation. I should stress at once that this is not limited to labour market participation. While the qualifying conditions would include people working as an employee or self-employed, absent from work on grounds of sickness or injury, unable to work on grounds of disability and unemployed but available for work, it would also include people engaging in approved forms of education or training, caring for young, elderly or disabled dependents or undertaking approved forms of voluntary work, etc. The condition involves neither payment nor work; it is a wider definition of social contribution. (Atkinson 1996, 68–69)

According to Atkinson’s proposal, participation would include all forms of paid employment, but also volunteering, full-time education, active engagement in seeking employment, caring for children, the disabled or the elderly. In this sense, the participation income is conceptually different from workfare as the notion of social participation goes well beyond the narrow frame of participation in the labour-market. Like workfare, however, the participation income retains a strong notion of eligibility conditions. In a way, the universal basic income proposal also entails some degree of conditionality, in that normally its supporters suggest it is paid to citizens or residents only. This condition is not at all innocuous, because definitions of citizens can be quite problematic. Who is a citizen? Rights could be narrowed down considerably, depending on which definition we choose.

By the same token, the precise nature of a participation income depends on the sort of activities that policy makers agree satisfy the requirement of social participation. Potentially, though, the participation income could prove even more inclusive than a universal basic income. In Atkinson’s mind everyone would have the opportunity to participate, so his proposal is intended to be socially inclusive.

In a climate of support for cuts to the existing welfare state, these proposals might sound a bit far-fetched. In a context of high supply and low demand in the labour market, however, a debate on whether fare retribution for all contributions to societal wellbeing might prove beneficial from both an economic and a social point of view would be interesting and useful.

I feel this remains an interesting proposal and, considering Atkinson first published his article back in 1996, it hasn’t been discussed enough outside of academia. So what do you think?