What chance democracy in devolution?

Today the Centre for Public Scrutiny (CfPS) publishes a new report Devo Why? Devo How?. The report focuses on the importance of good governance and democracy to devolution. And it poses key questions about how they can be achieved.

CfPS argues that councils and combined authorities should start by addressing the ‘why’ of devolution, developing a clear understanding of the outcomes they are hoping to achieve through working together and holding greater responsibility. The ‘how’ of devolution refers to the striking of a devolution deal with central government and everything that follows. This includes the evolution over time of both authorities’ aims and devolution deals themselves.

Throughout these processes, Devo why? Devo How? argues, the core democratic principles of transparency, accountability and involvement should be front of councils’ minds. It notes the role they can play in helping authorities and their leaders achieve their aims, and it makes sensible and workable suggestions for how to promote their inclusion. 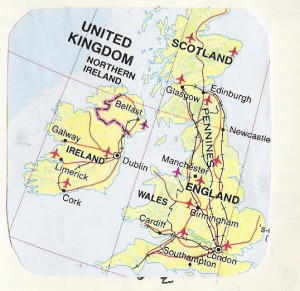 In covering these areas, the report puts forward much interesting analysis and discussion. The question it indirectly poses that gave me most pause for thought, however, was about the relationship between accountability, public engagement and good governance. Devolution offers an opportunity to get this right – but what should it look like?

To me, a key question here is what combined authorities should be held to account against. To my mind, the answer is the needs, wishes and aspirations of citizens.

This idea is, in some ways, widely accepted. Combined authorities are accountable against the law, which is theoretically determined by a sovereign parliament representing the UK population. Also in theory, election manifestos are meant to enable people to articulate their policy preferences – and hold parties to account against them next time round.

Anything but a cursory glance at these mechanisms, however, shows them to be highly imperfect. To take the second one as an example, the space elections provide for public expression is highly constrained. They allow the public to chose between a set of fixed options, rather than asking open questions about people’s priorities, needs and ideas. The public’s preferred solutions to problems and visions for their area may be very different to those suggested by any party. See for example the extent to which the People’s Panel in Melbourne came up with their own ideas for balancing the city’s budget.

In addition, the average turnout in the 2014 local elections in England was just 35.7%. Even amongst those who did vote, it is unclear what their votes meant. Did they indicate support for a party’s national policies, its national leadership, or its local ideas and personnel? Did they suggest approval for all of a party’s platform or just for one or more specific ideas? What about events that arise between elections or policy areas that aren’t covered in a manifesto at all?

If scrutiny committees and others are to hold combined authorities to account against citizens’ needs, wishes and aspirations then information on these areas needs to have been gathered and made available. Indeed decision-makers should already have collected it as part of strategy and policy development.

These issues intersect with debates about devolution in two key places.

Firstly, devolution is an issue that has arisen between elections and which will fundamentally change the representation of many people and the delivery of their local services. CfPS is quite right to suggest that, where time allows, the public needs to be engaged in deciding whether their area should pursue devolution and what a ‘good’ devolution settlement would look like. Transparency about the broad shape and principles of the deal sort by councils should be a minimum requirement.

Secondly, once devolution deals are in place, public engagement can help shape authorities’ overall priorities and those for particular services and areas of their work. It can also be used to help better recognise and address local needs and to produce original ideas for efficiencies and different models of delivery.

At both these stages of the devolution process, public engagement can thus form part of a critical accountability loop. The public can work with decision-makers to shape priorities and plans, then these agreed criteria can be used by scrutiny committees and others to help hold decision-makers to account, feed back to the public about progress and engage local people in evaluation and future planning.

This kind of engagement is eminently achievable. In its report, CfPS identifies a wide range of possible methods to suit different budgets, timescales and aims – from polling and focus groups, to citizens’ juries, pop-up democracy and local constitutional conventions. As Simon Burall has written elsewhere the key to good public engagement is to start with clarity about desired outcomes and outputs, and to build a methodology from there. Councillors also have a key role to play as community leaders and indeed many of them already add valuable insights to the decision-making process based on their relationship with constituents.

Whether or not sufficient public engagement takes place will be determined by the extent to which councils and combined authorities regard it as necessary and a priority. And this is of course the point of Devo Why? Devo How? A well-considered, intelligent and thought provoking piece, it makes a powerful case for a greater focus on the democracy and governance challenges presented by devolution. I hope it receives the attention it deserves.