From Belfast to Bolton, this weekend over 100 people travel to Birmingham to begin to answer the question of how the UK will meet net zero by 2050.

This weekend 110 citizens selected to reflect the makeup of the UK population will begin a process to give Parliament and Government an understanding of what people across the UK really think about how the UK can reach the target of net zero emissions by 2050 agreed by Government and Parliament last year. The members will commit a significant portion of their time over four weekends between January and March.

Members of Climate Assembly UK - drawn from different regions, age groups, gender, ethnicity and attitudes to climate change across the UK that reflect our population - will listen to a wide range of views and evidence and make up their minds on issues such as how we travel, what we buy and how we heat our homes. The conclusions and recommendations they reach at the assembly will be published in a report to Parliament in April.

“I felt like I’d won the lottery when I got the letter. I’d be daft not to do it - it’s amazing to get the chance to have a say and influence what may happen in the future. I was in the army for 22 years so I’ve not got a problem meeting new people and learning new things, I’m really looking forward to it. I hope Britain can take a leading role with making the changes we need to secure our future.”

During this first weekend of January 24-26, the assembly will discuss and agree what underpinning principles they believe should steer the UK’s approach to addressing climate change.

Assembly members will hear from a range of speakers on the overarching ethical and strategic questions that tackling climate change raises. To engage as wide a portion of the population as possible, presentations to Climate Assembly UK will be livestreamed on https://www.climateassembly.uk/ alongside publication of key documents (see notes to eds for further details on media feed and access).

Expressing thanks to assembly members for lending their time to support the work of Parliament, the Speaker of the House of Commons, the Right Honourable Sir Lindsay Hoyle MP, said:

“Concern about climate change is as high as ever, and it’s clear we all need to play our part to achieve the net zero emissions target that was passed into UK law by Parliament last year.

This is why I welcome the work of Climate Assembly UK, a great example of parliamentarians engaging with the public to help influence their work and proposals for action.

I am very grateful to the Assembly members for their time. I look forward to hearing the outcome of their discussions – and to chairing House of Commons debates on a topic that is so relevant to us all."

Former Chair of the Business, Energy and Industrial Strategy Select Committee – one of the six parliamentary committees who called for the Assembly, Rachel Reeves MP, said:

These are really important issues that affect us all and I want to thank each and every member of the assembly for giving their time to take part.

I look forward to – as I’m sure many others will too – hearing their conclusions in the coming months.”

“It’s excellent to see people coming together to tackle this global issue. Having committed to end our contribution to climate change entirely by 2050 we will need input from all across the UK, so I look forward to seeing what conclusions the assembly reaches later this year.”

“Climate change is an issue that affects us all and I’m very grateful to the members of the assembly for giving up their weekends to come to Birmingham to discuss the important challenges we face together.

Effective action to tackle climate change will not only improve lives for people in the West Midlands and across Britain, but also presents huge opportunities for the UK. The West Midlands - with its long history of car-making - could be a world leader in the growing electric vehicle industry.

We’re proud to be hosting the citizens’ assembly in the West Midlands and with concern about climate change at an all-time high both here and around the UK, there could not be a better time to hear what people want for their future.”

The assembly was commissioned in June last year by six parliamentary, cross-party committees to give MPs and the Government an understanding of how people think the UK should address climate change, and how it can meet the 2050 net zero emissions target agreed by Government and Parliament last year.

Media access to the weekend events is strictly by accreditation through Jessica BP and Estelle - contacts above.

The presentations will be streamed through the Climate Assembly website with accessible clips available after the weekend. There will be no filming or photography of the Assembly, or meetings with Members, except as organised with Jessica, who will be present in Birmingham this weekend.

In addition to Assembly Member Marc’s quote above, here are further quotes from citizens selected for Climate Assembly UK:

Adrian, 52, from Belfast: “Climate change is playing a bigger part in public life than ever before. You can see that it’s starting to affect people’s consciences and their choices - but we need help knowing what to do other than putting the right rubbish in the right bin. I have three children and that has played a significant role in me wanting to be part of the Assembly. I ask myself what is the legacy of my generation going to be for them?”

Maia, 44, from London: “I don’t know that much about climate change but I feel positive that we can all make small changes to help. I think people have woken up to the fact we need to do something. If we all get together I am sure we can make some positive changes. I’m looking forward to taking part in the Assembly and learning a lot more, and I think I have some great ideas to contribute”.

Speakers at the first weekend: A full list of speakers is listed on the Climate Assembly UK website: https://www.climateassembly.uk/meetings/january-24/  (Please note that this is a private link to embargoed information - the link will become publicly accessible on Wednesday 22 January.)

How members were selected to be representative of the UK population

A process called sortition, the gold standard for achieving representative samples of a country’s population, has been used to select the assembly members. From 30,000 invitations sent to UK households randomly selected from the Royal Mail’s Postcode Address File in November 2019, more than 1,500 individuals responded to confirm their availability to take part.

A random stratified sample of those respondents was generated by computer to produce a highly representative*** sample of the UK population by age, gender, ethnicity, education, location in the UK, urban or rural setting and their level of concern about climate change. The assembly membership reflects information from the Office for National Statistics, data collection by the UK, Scottish and Northern Ireland Governments and the result of the Ipsos Mori Political Monitor (July 2019).

The 110 members are representative of the UK population as a whole. Random stratified sampling was carried out by Sortition Foundation to ensure the membership was as representative as possible:

The commissioning of Climate Assembly UK and net zero:

A citizens’ assembly is a group of people who are brought together to learn about and discuss an issue or set of issues, then reach conclusions about what they think should happen. This is the second citizens’ assembly commissioned by Parliament; the first assembly was on social care funding and was commissioned by the Health and Social Care Committee and the Housing, Communities and Local Government Committee in 2018. 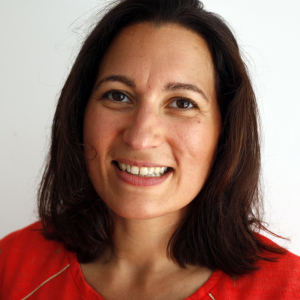 As the UK Climate Assembly is about to launch in Birmingham on January 24th, on the other side of the Channel, the French Convention Citoyenne pour…
See More
OpinionSarah Allan

Climate change is back on the agenda in a serious way. Yesterday the UK parliament became the first in the world to declare a national climate emer…
See More
Project updatesSarah Allan