Director of Advocacy and Communications 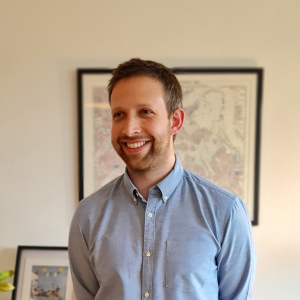 Before Involve, Calum worked as Communities & Campaigns Director, and then Chief Executive, of London Community Land Trust, an organisation who works with its members to campaign for and directly deliver permanently affordable, democratically determined homes across London. During his time, Calum built the organisation from having 1,000 members and its first site, to one with 3,400+ members, multiple sites across the city for over 150 affordable homes and major policy changes at local and regional level in favour of permanently affordable, democratic determined homes.

Before London CLT, Calum worked as a Senior Organiser at Citizens UK, building the power of people across the country to participate in the decisions that affect them the most, including founding a local chapter in south London, Peckham Citizens.

Email: Calum Green
Back to top

The Elections Bill - UK Government must pause and rethink

At Involve, we believe people should be part of decisions that affect their lives. Free and fair elections a…
Learn More
NewsCalum Green