How can we find a sustainable solution to funding adult social care?

This question has been the subject of much debate over a number of decades. Successive governments, inquiries, commissions, think tanks and others have made numerous proposals, none of which have been successfully implemented. Despite widespread agreement on the urgent need for reform, there has been little consensus on what that reform should be.

In spring 2018, the Housing, Communities and Local Government and the Health and Social Care Select Committees held a joint inquiry into the long term funding of adult social care. They wanted to gather a range of evidence on the options for funding social care sustainably for the long term (beyond 2020) whilst bearing in mind the interdependence of the health and social care systems and how to reach political and public consensus on a solution. The joint inquiry was timed to influence the Government’s Green Paper on the funding of social care for older people later in 2018.

As part of the inquiry, the committees commissioned Involve to run a citizens' assembly to allow them to understand the informed and considered wishes of the public.

Click here for more information on the citizens' assembly method.

Involve designed, facilitated and managed the Citizens' Assembly on Social Care. The Assembly was held over two weekends in April and May 2018 in Birmingham. The Assembly Members were 47 randomly selected people from England. They were initially contacted through an online survey with ICM and then recruited by our in-house team and were chosen to be a broadly representative sample of the English population (see below).

The Citizens’ Assembly on Social Care worked through a three-step process of learning, deliberation and decision-making. A team of professional facilitators supported this process, with two lead facilitators and seven table facilitators at each weekend. The facilitators guided the Assembly Members through the weekends, ensuring that everyone was heard and felt comfortable participating.

The sessions were a mixture of small group work (6-7 people) and plenary sessions. Assembly Members heard from a range of experts on the different funding models as well as from several speakers with their own lived experience of the social care system. In total participants took part in approximately 28 hours of deliberation, which equates to 1,316 ‘people hours’.

The Assembly Members made a range of recommendations, including on the:

You can read the recommendations in detail in our report here.

The Assembly's findings fed into the select committees' joint inquiry.

This was the first Citizens’ Assembly in the UK to be commissioned and run by Parliament. The project was successful in engaging members of the public and in influencing the select committees’ findings. The Committees drew heavily on the findings and referenced the Assembly throughout their own report. The select committee chairs Sarah Wollaston MP and Clive Betts MP have advocated for the findings of the Citizens’ Assembly and the model of engagement in their speeches in parliament.

If we are to ensure that the social care system of the future is sustainably funded and provides the high quality care that people deserve, then any proposals must command not only a political consensus but also the support of the public. The views of those that took part in our Citizens’ Assembly have been vital in informing our thinking and the model also provides a possible route for further public engagement and building the support that any reforms will need.

It was also important that the participants felt it was worthwhile. Members rated their experience of the Assembly an average of 9.5 out of 10. All 47 Assembly Members agreed with the statement “Assemblies like this should be used more often to inform government and parliament decision-making”, with 46 strongly agreeing.

How else would you receive informed decisions/views from the general public? not many avenues would allow people to receive 4 days of information on which to base their opinions.

Member of the Citizens' Assembly on Social Care

Click on the links below for our report and the joint select committee report.

Report of the Citizens' Assembly on Social Care
Health and Social Care and Housing, Communities and Local Government Committees - Long-term funding of adult social care
Back to top

Two parliamentary committees have made history by being the first in the UK to ask a citizens’ assembly to inform their work, and then throw their…
See More
Project updatesTim Hughes

The second and final weekend of the Citizens’ Assembly on Social Care took place last weekend. Since then we have rolled together all our flipchar…
See More
Project updatesTim Hughes

How do we fund social care? – Why we’re working with Parliament on the Citizens’ Assembly on Social Care

How we fund social care is one of those questions that most people agree needs a different answer, but few people can agree what it should be. It…
See More 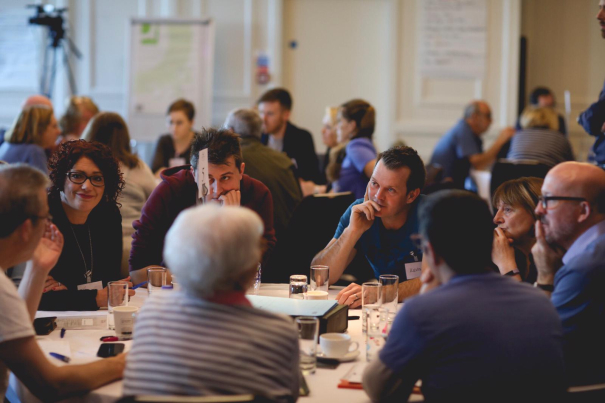 How can Northern Ireland break the deadlock on contested issues? 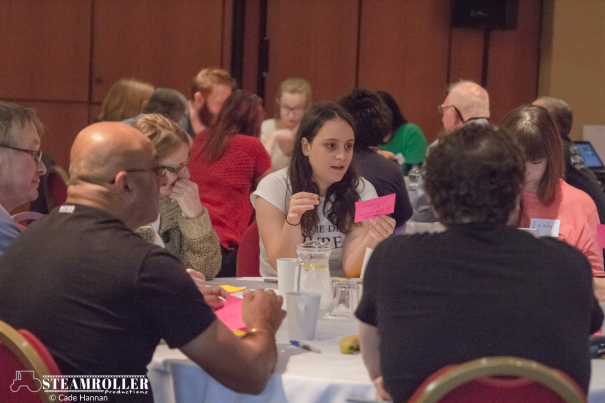 What kind of Brexit do people want?

The EU referendum decided that the UK is leaving the European Union. But it didn’t decide the detail of what kind of Brexit the UK should seek or…
See More