The best time to start involving the public in Covid decision making was a year ago. The next best time is now. This piece starts, I’m afraid, with an unfortunate truth: the Covid crisis is nowhere near over, either globally, or here in the UK.

As WHO Special Envoy Dr David Nabarro put it on Sky News on 20th April, it is “not a case of if but when” new variants in parts of the world “beat the protection” offered by current vaccines. There are indeed concerns this may already be the case with the variant now tearing through the Indian population. That is not to be a complete harbinger of doom - it should be quicker to adapt vaccines to new variants than create them from scratch - but even if vaccines can largely keep pace with mutations, Covid is almost certainly here to stay.

A recent survey for the influential journal Nature found that 89% of experts said it was either likely or very likely that it would become endemic in the human population. If Covid is here to stay, that means social distancing in some form or other is here to stay; and that will have huge implications for everything from working patterns to spectator sport to public transport to… well, everything.

This situation could have been avoided if the political response to Covid had from the very beginning been to involve the public in decision making. This, after all, is exactly what happened in Taiwan, the country with the world’s most successful response to the virus. Their “Fast, Fun, Fair” approach saw the government share information with citizens completely transparently from the very beginning; work from a precautionary principle, for example to shut down flights early and ensure PPE stocks were in place; and open the doors for all citizens to contribute their ideas, energy and resources to what has been explicitly characterised as a national team effort. My favourite example is the creation of a simple telephone hotline which any citizen could call into and offer their ideas to improve the national response, with ideas from all kinds of people adopted, including a six year old boy. The net result is that a nation of 23 million people has, even today, fewer than 1200 cases and only 11 deaths, from the duration of the pandemic. There has been no national lockdown.

We could cultivate a much more distributed, localised society, which would be much more resilient to Covid, but could also rebuild the sense of belonging and community that so many have come to lack in recent decades.

If a Taiwan-style nation-as-team approach were adopted now, it might still be possible to eliminate Covid. But the core of the challenge at this point is perhaps different: arguably, we need to be talking about adaptation as well as elimination. Our lives are changing forever in this time, not just temporarily, and it is no longer possible to stop that from being the case. What is still possible, however, is to involve us all in deciding how to adapt, tapping the ideas and energy of everyone in figuring out how to make the best of this situation.

I for one can imagine possible paths forward that could be very positive indeed. We could cultivate a much more distributed, localised society, which would be much more resilient to Covid, but could also rebuild the sense of belonging and community that so many have come to lack in recent decades. We could have renewed motivation to create a nation without poverty: such a nation would be much less likely to see pockets of infection grow and proliferate as a result of people not being willing or able to acknowledge their sickness through fear of loss of income. New working patterns, if consciously designed, could give parents more time with children and all of us more time to contribute to and benefit from the communities of which we are part.

When you involve people, you offer them agency in a situation; they respond by stepping up.

My point is not necessarily that this is what should happen, but that this is just me, one citizen, thinking off the top of my head. Imagine if we could bring together the ideas of all 60 million of us in the UK, and structure that into a conversation that could inform government targets and ambitions, as well as triggering a groundswell of projects and initiatives that faced into the new future. Such a conversation could combine mechanics such as open idea generation platforms, citizens’ assemblies, matched crowdfunding, and more - all tools and processes that are tried and tested, and proven to contribute to political legitimacy and trust as well as generating better ideas and greater social impact by virtue of tapping into more (and more diverse) brains. When the pandemic hit, my company the New Citizenship Project (in collaboration with Involve) was in the early stages of designing just such a participatory process on the issue of climate change, albeit on the much smaller scale of the island of Jersey. Despite the pandemic, we are now well under way, and it is working just as we hoped, if not better, creating real, island-wide engagement with the climate emergency. When you involve people, you offer them agency in a situation; they respond by stepping up.

The alternative is what we have today and have had for the last year: a Covid response that is rooted in a political system that is in turn predicated on politicians making decisions for us, rather than with us.

If we cannot go that far straight away, perhaps we could at least bring a deliberative element into the decision making. I first called for the creation of a Covid Citizens’ Reference Panel a year ago. This would see a randomly selected,  statistically representative group of citizens called together - a lot like jury service - to deliberate on, respond to and inform government decision-making, perhaps on a monthly basis, representing the wider citizenry in the process, and providing a first step towards true participatory decision making.

The alternative is what we have today and have had for the last year: a Covid response that is rooted in a political system that is in turn predicated on politicians making decisions for us, rather than with us. This may have yielded a so-far successful vaccine roll-out in this country, but it has also yielded over 120,000 deaths compared to Taiwan’s 11, and created a situation - with two years’ worth of local, as well as mayoral, Welsh and Scottish elections looming - where there is a frankly huge incentive for our government to keep hidden from us the true nature of the challenges we face, and pretend everything will soon be ok.

Jon Alexander is Co-Founder and Director of the New Citizenship Project, a consultancy business on a mission to catalyse the shift in the dominant story of the individual in society from Consumer to Citizen. He is also a member of the OECD's Innovative Citizen Participation Network. He writes at jonjalex.medium.com. 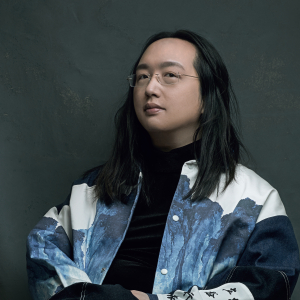 Whether the darkness can be broken depends on whether more people are willing to light and pass on lanterns. Infectious diseases originate from t…
See More
OpinionCouncillor Asher Craig

Back in January, when Bristol City Council voted in favour of trialling two pilot citizens’ assemblies, we could not have known what 2020 had in s…
See More
OpinionMartha Tomlinson 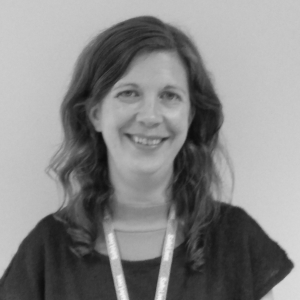 Experts by experience: enabling the voice of survivors to transform the response to domestic abuse in the UK

Covid-19 has upended everything. Domestic abuse is a major social problem at any time. But during a pandemic that restricts people’s capacity to l…
See More