The Citizens’ Assembly behind the Irish abortion referendum 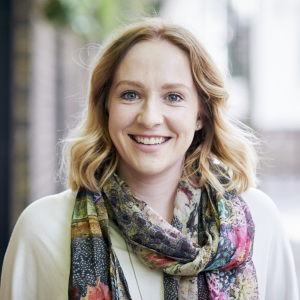 A little over a year ago a Citizens’ Assembly commissioned by the Irish parliament recommended repealing the Eighth Amendment to the Irish Constitution. Last week the country held a referendum on exactly this issue. The Irish people accepted the Assembly’s recommendation. They voted for change.

Last week was the second time in just a few years that Ireland has held a referendum on a recommendation from a Citizens’ Assembly. The first was the referendum that led to the recognition of same sex marriage in 2015. That recommendation came from the Constitutional Convention (a type of citizens’ assembly), commissioned in 2012 by the Irish Government.

When the Irish parliament started the current Citizens’ Assembly in 2016, the idea of a referendum on abortion was barely imaginable. The Assembly and its recommendations helped to open the door for what is – whether you agree with it or not – radical change.

By involving Citizens’ Assemblies in the political process, Ireland has shown it can successfully deal with intractable issues, where it is difficult for politicians to do so and in a country not far from our own.

What was the Citizens’ Assembly and how did it work?

The political process that led to the 25 May referendum has involved a complementary blend of participatory, deliberative, representative and direct forms of democracy.

The Citizens’ Assembly was a critical part of this process, established by the Irish parliament in response to calls for constitutional and political change. The Assembly was asked to consider abortion legislation in Ireland amongst other key issues such as climate change, the challenges and opportunities of an aging population and most recently fixed term parliaments.

The 99 Assembly members were chosen at random to reflect the Irish population in terms of age, gender, social class and geography. They included pro-lifers, pro-choicers and undecideds. These Assembly members deliberated on abortion across 5 weekends, over 5 months between November 2016 and April 2017. They heard from people from both sides of the abortion debate, including medical, legal and ethical specialists, and people giving personal testimonies about their experiences. Members were also given the opportunity to deliberate amongst themselves, and to listen and reflect on the views of others in the room.

Transparency was key. Many of the expert contributions and speeches to the Assembly were streamed online and the submissions made to the Assembly, as well as its recommendations, are publicly available. These resources became a valuable asset to the wider public in the lead up to the referendum.

The Assembly’s recommendations were presented to the Oireachtas, Ireland’s parliament, by the Joint Committee on the Eight Amendment. This was done via the Committee’s report on the findings of the Assembly, published at the end of 2017. The report was debated in parliament in early 2018. It was quickly followed by the Eighth Amendment Referendum Bill which paved the way for last week’s referendum.

The Citizens’ Assembly results initially faced criticism. Some commentators felt that they didn’t represent the views of the public. Opinion polls at the time certainly showed a different picture. An Irish Times/ Ipsos MRBI poll in May 2017 found just 23% of the public in favour of legalising abortion in all circumstances. However, once the public had had a chance to consider the matter more deeply during the referendum campaign, the results were strikingly similar to that of the Assembly. In the Assembly 64% voted in favour of “terminations without restrictions”. In the referendum, 66.4% voted in favour of repealing the eighth amendment, effectively legalising abortion in Ireland.

I felt relieved the rest of the country listened to the same amount of facts that we heard. I don’t think anybody went into this celebrating abortion being anything other than a tragic necessity at times. We were not guided by emotion. We were guided by facts and by experts. It seems that somehow that got into the national consciousness. I believe that as an exercise in deliberative democracy, the Citizens’ Assembly proved its worth.

The Citizens’ Assembly and Constitutional Convention in Ireland have given us clear examples of how real and impactful change can be achieved in an area of political deadlock by involving the public in decision-making. One of the reasons the Irish Citizens’ Assembly had so much impact is that it was directly commissioned by the Irish parliament.

The UK’s four parliaments have in recent years begun to innovate around public engagement themselves. Most recently, Involve was commissioned by the House of Commons’ select committees on Health and Social Care, and Housing, Communities and Local Government to design and run a Citizens’ Assembly on how adult social care in England should be funded long term. The results of that are due out soon.

We’ll be repeating this model in Northern Ireland this Autumn, where a political impasse has left the region without a devolved government for almost 18 months. There, the Citizens’ Assembly will convene to break the deadlock on an important regional issue.

However, a citizens’ assembly commissioned by a UK parliament as a whole still hasn’t been tried. With a whole range of issues currently falling into what former Home Secretary Charles Clark called the ‘too difficult box’ now could be the time to try one. 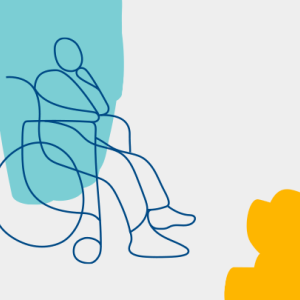 In this short article John Parkinson explains why we have to thank deliberative democracy for equal marriage in Ireland. It all started with a citiz…
See More
Project updatesTim Hughes

Decision time for the Citizens’ Assembly on Social Care

How do we fund social care? – Why we’re working with Parliament on the Citizens’ Assembly on Social Care

How we fund social care is one of those questions that most people agree needs a different answer, but few people can agree what it should be. It…
See More