Democracy’s Rough Music: Reasons to Resist the Silencing of Protest 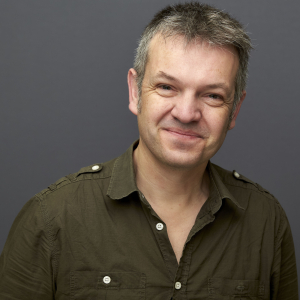 Three hundred years ago in England, protest was a matter of village life.

Where miscreants had broken social norms – marrying too young, marrying outside the village, marrying too soon after the death of a spouse – they would be subjected to ritualised forms of disgrace: loud, cacophonous actions, from mockery to ostracism. As EP Thompson wrote, this was how the community policed its moral boundaries. A general term for this kind of action is rough music.

When last June Edward Colston’s statue was pulled down and dumped unceremoniously into Bristol docks, this was an action that would in many ways be familiar to early eighteenth century England. It was a dramatic, collective, moral judgment by the community, carried out against the memorial to a man who had traded in slaves. It was symbolic, of course; but it was rough music, and it reverberated.

In the wake of this and Extinction Rebellion’s protests last September, the government has now brought forward and is rushing through Parliament a new bill, designed to place significant restrictions on protest rights. Among the provisions of the Police, Crime, Sentencing and Courts Bill (PCSC) is giving new powers to police to impose conditions on public processions and assemblies.

Police will, if the bill is passed, now be able break up a protest if they consider that the noise generated by participants may cause serious disruption to the activities of an organisation, or to people, in the vicinity of the protest. Serious disruption refers to ‘serious unease, alarm, or distress’. Serious unease is a vague, baggy, and as yet undefined term.

This is a very worrying development. Protest has always required decibels, and there are basic reasons for this: noise expresses identity; noise creates solidarity; noise targets miscreants; noise helps claim public space for those denied it. This is because protest is, at base, a form of expression, a demand for attention, a demand for powerholders to listen. Restricting the volume of a protest is in these terms a restriction of freedom of expression.

On protests themselves, making noise is a key part of what sociologists call interaction rituals: mobile sound systems, samba bands, brass bands, drum circles, whistles, klaxons, car horns, chanting, singing create energy and emotional attachment. As TV Reed argues in The Art of Protest, when Joan Baez sang We Shall Overcome at the August 1963 March on Washington, the mass rendition from the civil rights marchers expressed not just the power of the movement, but the transformation of the individual into the collective: We are not afraid today / Deep in my heart I do believe, we shall overcome some day.

Banging pots and pans plays the same role: everyday objects allow people to connect and create community, the world over. This music is intentionally rough. In Santiago, in December 1971, in La Marcha de las cacerolas vacias, 5000 women took to the streets, banging empty pots and pans in protest at the lack of basic foodstuffs. Thirty years later, in December 2001, as Argentina's President de la Rúa declared a state of emergency in the face of imminent economic collapse, the streets and balconies of Buenos Aires rang with the beating of pots and pans, followed by over 2000 further cacerolazo protests across the country. In Iceland, in January 2009, three days of búsáhaldabyltingin – mass public banging of pots and pans outside the parliament building in Reykjavik – ultimately forced the government to resign over its responsibility for the financial crisis. In Quebec’s printemps érable (or ‘maple spring’) of 2012, manifs casseroles proliferated across the state as the government responded to the student movement against tuition fee increases by placing severe restrictions on protest. Last month in Yangon, balconies rang with pots and pans and the streets with car hornsin the public’s first rejection of the military coup in Myanmar.

This banging of pots and pans, this noise, puts community at the heart of resistance to state power. It doesn’t just do so outside the UK. Protest at Yarl’s Wood immigration detention centre in Bedfordshire – the centre and symbol of the hostile environment created by Theresa May – has aimed to create ‘a wall of noise’, to let detainees know that they have allies and support, to show solidarity with those inside, and break the boundaries placed in the way of communication.

This is a global language of protest. It’s important to dwell on that word, language. Protests speak. They are noisy. They disrupt. They are inconvenient. They speak to create solidarity with others, to force powerholders (governments, individuals, corporations) to take notice, to let them know that we are here, that we are not afraid, and that we will overcome one day. This is what democracy looks like. This is what democracy sounds like.

Rather than free speech, the only public voice that we will be left with is the voice of power.

In the preface to the bill, Lord Chancellor and Secretary of State for Justice Robert Buckland asserts that these new powers are compatible with the rights guaranteed by the European Convention on Human Rights and translated into domestic law by the Human Rights Act 1998. This is almost certainly not the case: as David Mead points out, under Article 11 of the ECHR, the police has a duty to facilitate peaceful protest (and to do so irrespective of whether it is lawful).

On the ground, it is likely that the police will not only use this power, but will overstep it (because even ‘good’ policing is messy and inconsistent, because attention to protest tells us that exceeding legality is what the police do, from Orgreave to Tottenham to Barton Moss to Clapham Common, and because policing targets minorities). When is the threshold of ‘serious unease’ reached, for a protest outside a bank financing fossil fuels or human rights abuses, outside an immigration detention centre confining inmates in cruel conditions, or for a citizenry telling its rulers that ‘time’s up’?

The PCSC bill creates an arbitrary power, and places its definition in the hands of the police. The main consequence is likely to be that protest organisers and potential protest participants will self-police: they will decide not to organise, not to participate, because the costs and risks of expressing their civic rights are too high. And that’s the point of this bill. Rather than free speech, the only public voice that we will be left with is the voice of power.

If this bill becomes law, we’re about to find out.

Graeme Hayes is Reader in Political Sociology and Head of Department of Sociology and Policy at Aston University. He teaches and writes about social movements, civil disobedience, and the criminal trials of protest activists. He is co-author of Breaking Laws: Violence and Civil Disobedience in Protest (Amsterdam University Press, 2019).

Freedom of assembly is a fundamental right, and critical to ensuring healthy and vibrant democracies. Protest plays an essential role in giving voic…
See More