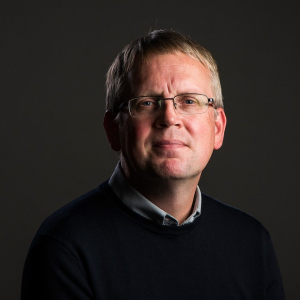 In late 2019, the Mayor of Newham established a Commission on Democracy and Civic Participation.

I was asked to chair the Commission and we were given two key tasks: to examine both the council’s current Directly Elected Mayor system of governance and the alternatives, and to make recommendations on the best system for Newham’s future; and to explore ways of deepening democratic participation in the borough.

When the Commission started its work, we could have had no idea that a devastating pandemic was about to sweep the world. The first recorded cases of COVID 19 appeared in the UK at the end of January this year, just as we finished our schedule of public evidence hearings. By the time we came to complete the first draft of our report, the UK was in lockdown.

The crisis has brought out the best in Newham. Networks of community support and mutual aid have sprung up. The local authority and its partners have maintained essential services, protected the vulnerable, and pioneered new ways of working with the voluntary sector to secure the public health.  But the pandemic has also exposed shocking inequalities, particularly those faced by BAME communities. We have seen that in the terrible death rates that Newham and other boroughs have suffered. And it has demonstrated beyond reasonable doubt the dysfunctions of a highly centralised English state.

The Commission’s hope is that our report can help Newham ‘build back better’ from the crisis: to tackle political inequalities and a lack of access to power, and strengthen the ability of Newham’s communities to shape the areas in which they live.

We argue that a directly-elected Mayor remains both a democratic and effective way to govern the borough. A Mayor provides direct accountability through the ballot box for a specific individual with executive power and ensures visible democratic leadership across a place to local residents. This has been important in the COVID-19 crisis.

But we recognise that vesting power in a directly elected Mayor also necessitates strong checks and balances, so that he or she is properly democratically accountable. We therefore argue for a two-term limit for the executive Mayor and believe the government should make this option available in legislation. But we want to go further and institutionalise a series of reforms to embed participatory and deliberative democracy in the borough’s governance. We recommend the creation of a standing or permanent deliberative assembly of local residents selected by sortition – like a jury - to initiate policy agendas for the borough and make recommendations for policy change. This would build on the citizens’ assemblies that Newham and other councils have already held in recent years but ensure that resident deliberation was made a permanent part of the borough’s democracy, creating an assembly to meet perhaps twice a year, with a rotating membership. We draw on examples elsewhere in Europe to make this case.

In addition, we recommend an expansion of participatory, area-based democracy. Funding allocated for decision on the basis of neighbourhood participation should be substantially increased so that a minimum of 20% of the Community Infrastructure Levy (CIL) resources are allocated through neighbourhood or area-based participation. Processes for the development of neighbourhood priorities should be aligned with engagement on the annual budget cycle of the borough, so that residents can feed in their priorities at the earliest stages to the overall Council budget.  We also recommend that a borough-wide community governance review be carried out, to co-produce with local people a framework and structure for how devolution and area governance will work. To foster democratic experimentalism, we recommend that Newham identifies an area in which to pilot a new urban parish council. Backbench councillors should have a key role in making these new area-based and deliberative structures ‘dock’ into the Council’s decision-making processes.

Newham has a vibrant, resilient voluntary and community sector. Like those councils in England, such as Wigan and Barking and Dagenham, that have developed powerful ways of working with their communities, we want to see Newham build on the new relationships it has forged in the COVID-19 crisis with community groups. Community organisations should become valued partners in regeneration, planning, and the arts and culture, as well as co-producers in major service areas.  The Council should train and develop its staff in the skills, tools and techniques of co-production and community engagement.

In the centre of the Council, we recommend the creation of a Mayor’s Office for Data, Discovery and Democracy – or ‘O3D’ for short – to integrate open data and data analytics, user-led policy R & D, and expertise in the tools and techniques of co-production and community participation. A taskforce should be established to identify those who are excluded or otherwise not engaged in formal representative democracy in Newham, and to set out a targeted approach to civic education on local democracy. This taskforce should work to the goals of increasing registration and voter turnout, and supporting local action on political and civic education. The taskforce would work closely with the O3D to gather insight to support its work.

Finally, a healthy democracy depends critically on a strong and independent media. Local newspapers, which once provided sustained scrutiny of local government, have closed or merged. So we propose the creation of a cooperative, citizens’ media organisation in Newham, funded in a start-up phase through an endowment. This would support independent journalism and enhanced democratic debate.

For all the devastation it has brought, the COVID-19 pandemic has opened up the possibility of radical change in our society. Deepening local democracy must be part of that change.

Nick Pearce is Professor of Public Policy at the University of Bath and Chair of the Newham Commission on Democracy and Civic Participation.