There is an inherent contradiction in the title of this blog, but also a deep truth.

At times quick decisions need to be made and procrastinating costs lives. Other times our immediate, short term responses – natural though they may be – do not serve us well in the longer term. We will doubtless have experienced both during the COVID19 pandemic and we are likely to see both again in our attempts to recover from it.

Over recent months it has been encouraging how much consensus there has been, at least in terms of rhetoric, about the need to Build Back Better. There is a broad recognition that the trajectory we were on was failing too many, driving inequality and destroying the planet.

One of the challenges which those enabling and leading the build back better movement face is the requirement to both respond quickly and to take time and to act deliberatively. There is no doubt that an ‘Overton’ policy window has opened to make the case for radical economic and social change – e.g. building a green economy, creating universally accessible and affordable superfast broadband, recalibrating social care – but also that it could close rapidly. There is also a perceived need to act now before more damage is done. However, there is also a risk that by moving too quickly many of those whose interests were not represented (or even acknowledged) previously will continue to be overlooked.

This is one of the perennial problems of policy development, implementation, and evaluation. Put simply, those whose lives have been most harshly impacted by policy and practice remain largely excluded from the development of the very policy and practice supposedly designed to tackle current injustices. There is, therefore, a need not just to build back better but, to build back WITH.

Over the last few years, a growing number of Poverty Truth Commissions have emerged in different parts of the UK. The commissions bring people with direct, lived experience of poverty together with civic and business leaders in a shared task to address the symptoms and causes of poverty. The commissions always begin with those who experience poverty – they meet as a group for several months before others are invited to join them. It is their struggle that substantially sets the agenda. This is slow work. It is about building understanding and relationships – empathy across and between different spaces – before a commission is capable to move on to developing solutions. One of the people who has helped to develop the Poverty Truth Network says it often feels more like cooking a Sunday roast than a microwave dinner. You can’t rush it.

Recently a small group that has been involved in different Poverty Truth Commissions came together to discuss how to build back with. One person pointed out that it has taken coronavirus for many of us to realise what had been obvious to her and others for many years: things were not working the way they should for people like her and for millions of others. We spoke of digital inequality; poor mental health; isolation for some and overcrowding for others; escalating levels of food insecurity; the struggle to look after our kids. We recognised that for those able to work from home during the pandemic, fewer opportunities to spend money may well mean that savings have increased in recent months whereas for others increased household costs have thrown people even further into debt.

We do not underestimate how challenging this way of working is. But it seems to us inconceivable that it is possible to create a just asylum system without the involvement of asylum seekers and people who are fearful of losing their jobs to them. We won’t successfully create a society where young people can flourish if they are excluded from the design of that society. We won’t develop a sustainable benefits system without the insights of people who require its support.

These things are obvious but, in our experience, it is astonishing how often they are overlooked or paid lip service to. We have lost count of the number of times that we have heard it said: “It would have been good to involve more people with lived experience but there simply wasn’t the time.” However, if we are honest, we need to recognise that for too many of us who hold positions of power, there was not the time because we did not believe that the insights of others were as worthwhile as our own.

Time clearly matters. For some now is the time to really listen rather than jumping to inadequate and incomplete solutions. This is about slowly, and with others, growing in confidence, finding our voice, and sharing our expertise. One of us spoke about how, through the course of the pandemic, he had played a regular part in advising the local authority on how homeless people could be more effectively supported, knowing the issues from the inside. This was only possible because, as part of a Poverty Truth Commission, he had begun to recognise his own worth.

These stories are not unique. The Poverty Truth Network is one of a range of groups that nurture such wisdom and help it to inform policy and practice. But such groups are still a minority, even amongst progressive organisations who are often understandably impatient for change.

The model for establishing a Poverty Truth Commission is about designing a system, not just a one-off policy programme. Systems thinking is deliberately slow and iterative, enabling friendships, insights, policy and practice to grow sustainably over time. We recognise that this way of working is also joyful, and that joy is an essential element in what will be the long, ongoing journey towards a sustainable and better future. The arc of history may well bend towards justice, but it is a long arc.

The piece, compiled by Martin Johnstone, arose out of a conversation on the need to Build Back With between Alex Campbell, Hugh Douglas, Andrew Grinnell, Lee Hemsworth, Martin Johnstone,  Shirley Rigby, and Imogen Tyler. They are all involved in the work of the Poverty Truth Network. 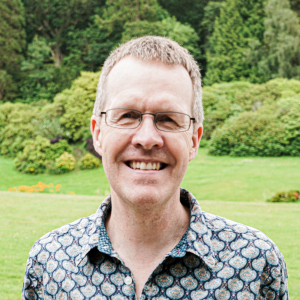 As part of the “A democratic response to COVID-19” project, we have been scanning print and social media to get a sense of how arguments for par…
See More
Project updatesLizzie Adams

We held a workshop with our deliberative democracy Practitioners’ Network to explore what a democratic response to Covid-19 should look like. This…
See More
Project updatesTim Hughes